13 COINS by Martin Brennan
My rating: 4 of 5 stars 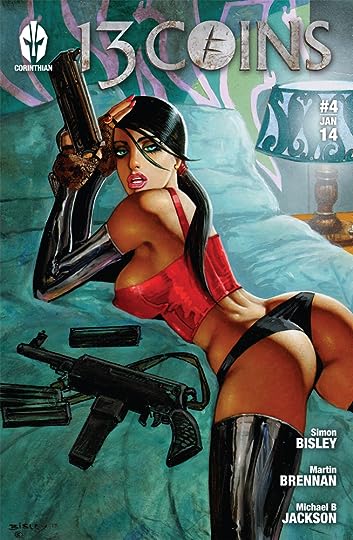 Simon Bisley’s a master. I’m not sure what it is about his stuff that just jumps right out and grabs my….attention. Is it the vibrant colors, the amazing use of perspective, or the emotions he is able to convey through the faces of his characters? Hhmmmmm. I’m sure it’s a combination of all of those things. Anyway, it’s safe to say I’ve got a wicked hard-on for his unmistakable and highly stylized artwork. Bisley’s one of a short list of artists whose stuff I seek out regardless of how well written the story is (or isn’t). 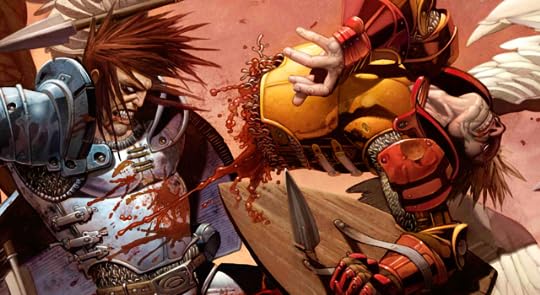 That said, 13 Coins is a pretty much a by the numbers Heaven vs Hell showdown where angels and demons have at it in modern day New York City with Glocks and katanas to see which side’s gonna end up top dog. I think this is the first chapter in what I imagine will be a longer tale. Martin Brennan and Michael B. Jackson’s (no relation to Tito) story is nothing too terribly original, but I still enjoyed it, predictable as it was. It definitely appealed to my appreciation for most things grindhouse. There’s a ton of action and none of the characters are very complex or especially unique. But, I am a shallow reader and the stereotypical archetypes entertain me. There’s the reluctant hero, the grizzled mentor, the perv politician, the sexy-but-tough chick, the scary old man, and another sexy-but-tough chick (can’t have too many of those).

Of course, what REALLY sold the series to me was Bisley’s artwork. I been loving his shit since I first came across Batman/Judge Dredd: Judgement on Gotham waaaaay back in the day. Nobody draws muscle bound bad-asses or tatted up hotties quite like Simon. Just fuckin’ great. 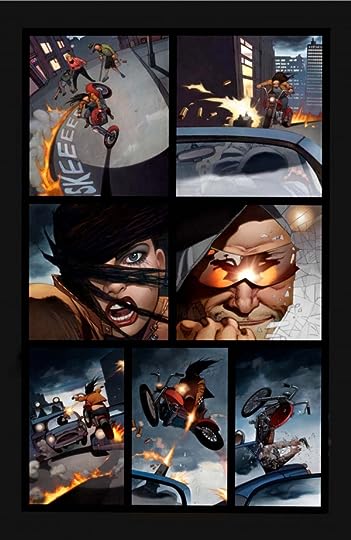 I’ll be pickin’ up the next volume. But, I’m pretty sure that this title won’t appeal to others with a more particular palate. Most people do have higher standards than I do. And while this book is not exceptionally well written, it’s packed to the tits with quality grindhouse action and ridiculously fabulous artwork.