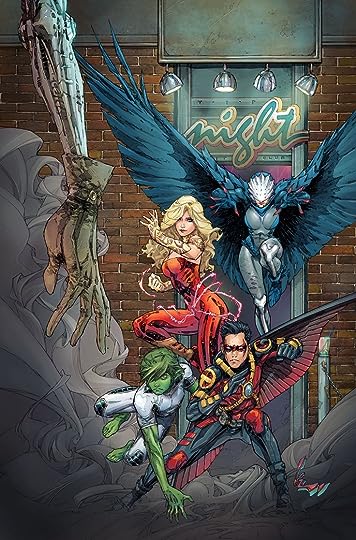 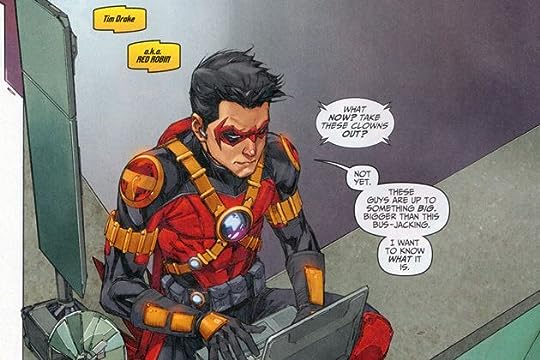 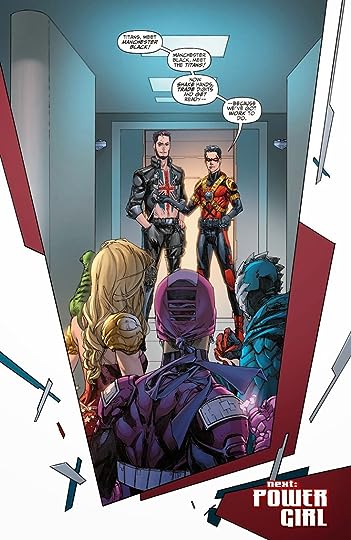 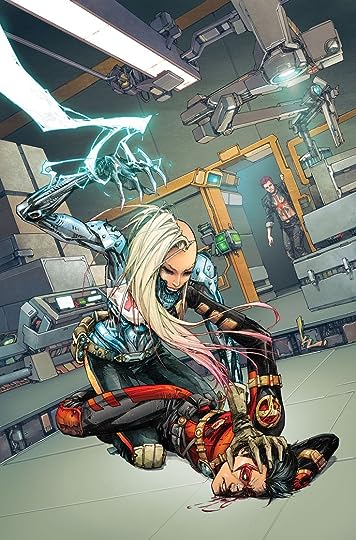 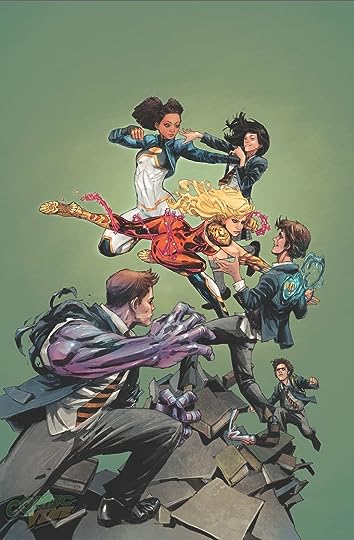 Warning: There may be spoilers in this review!
*snort*
As if anyone actually reads this title anymore…

I am so shocked that I didn’t hate this! Just, well, shocked!
Now, maybe I’m rating this higher than it deserves because it vastly exceeded my expectations for a Superman title lately, so feel free to take this with a grain of salt.

So what went right for me this time around?
Well, for starters, my biggest complaint with the recent direction of the Superman comics had been the way they were stressing the importance of his Kryptonian family, while Ma and Pa Kent were collecting worms six feet under.
This isn’t Detective Comics, you know?
Batman’s secret identity is Bruce Wayne, Clark Kent’s secret identity is Superman. Do you see the difference?
This time around, I saw more Clark than I have in a while.

Another bonus for me was Kenneth Rocafort’s artwork. I absolutely love the way he draws Superman! My only complaint was that he didn’t draw every issue, but I’ll take what I can get.
I’d like all my comic book fangirl friends (the ones who keep telling me that I’m crazy for putting Supes on my Book Boyfriend list) to take a look at this please…
Yes, that means you, Kat!

It’s also worth it to see Diana and Lois meet for the first time at Ms. Lane’s housewarming party.

And even though I’ve been enjoying the whole Power Couple thing, I know that underneath it all, there’s only one woman for Clark. Unfortunately, poor Kent is stuck firmly in the friend zone.
Which makes Lois’ (and everyone else’s) reaction to Wonder Woman even better.

Ok, this volume isn’t without its problems, and I guess now is as good a time as any to discuss them.
First, it seems to be kind of long and meandering. I mean, it all ties up in the end, but it takes a while to get there.
As the title suggests, this is all about psionic battles, and everyone knows that Superman is nearly invincible to everything except magic and mental attacks.
Well, hey! The good news is, there are plenty of bad guys in Superman’s rogue gallery to choose from. The bad news is, they couldn’t seem to pick just one.
Hector Hammond, the H.I.V.E. Queen, Pysycho Pirate *smothers laughter*, and even Brainiac (kind of) shows up in this thing.
Brainiac doesn’t technically fight, but he was the one who got the ball rolling, so to speak.
At any rate, it made the story seems to drag on and on.
Superman beats the bad guy, only to find another one waiting in the wings. He fights that one, and by the time they’re done, the first villain has recovered enough to start causing problems again.
I did like how Lobdell used the narrator, though. Nice touch!
Turning Lois into this, however, was not a nice touch:

No, she doesn’t stay that way. And, yes, I like that she isn’t being portrayed as the Damsel in Distress.
But come on! Turning her into a superhero so she could ‘save’ Superman didn’t sit right with me.
*sniff, sniff* Something smells like pandering…
Lois can be smart, tough, and capable without powers. Don’t go there, authors!
Think: Batman! Hawkeye! Iron Man! Huntress! Black Widow! Green Arrow! Catwoman! Punisher!
It can be done, so do it.

So, I disliked the villains somewhat, and felt like the plot could have been streamlined a bit.
However, I enjoyed Rocafort’s incredible art, and thought that Lobdell was actually bringing the characters back to where they need to be for fans to fall in love with them again.
Not perfection, but way better than my low expectations were anticipating!