Convergence by Jeff King
My rating: 2 of 5 stars

Ok, let’s get started!
*rubs hands together gleefully*
Kidding, kidding… It’s not that bad. Well, it is, but it’s also probably going to be required reading for DC fans.
Sorry, kiddos.
Warning: Spoilers!
But I’m not even really sure what happened, so…*shrugs* 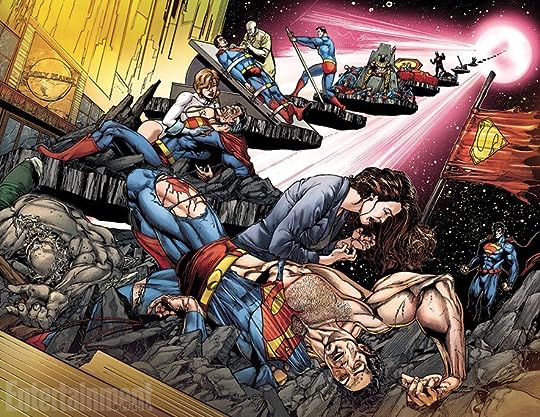 Basically, DC wants to use all of the different versions of all of their characters across the multiverse. Because we were all clamoring for them to Bring back the multiverse!
Well, no. But I think New 52 wasn’t working out as well as they’d hoped, so why not go back in time 30 plus years, and re-do a re-boot. Specifically, Crisis on Infinite Earths, which originally wiped out DC’s bloated multiverse, and gave things a cleanish slate. Sorta like…New 52. 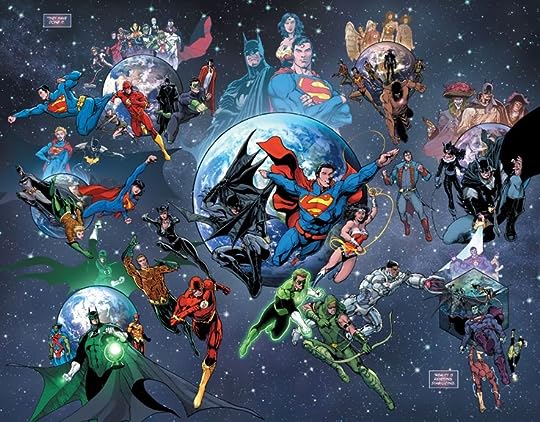 And that’s pretty much what this is about.
Yes, hardcore geeks will certainly be able to go into the specifics of what I missed, but for those of you who are only casual readers, all you need to know is that DC can now tell any story they want to, from any Earth, with any version of any hero that ever existed. Sorta.
And the continuity of the New 52 is still in play. 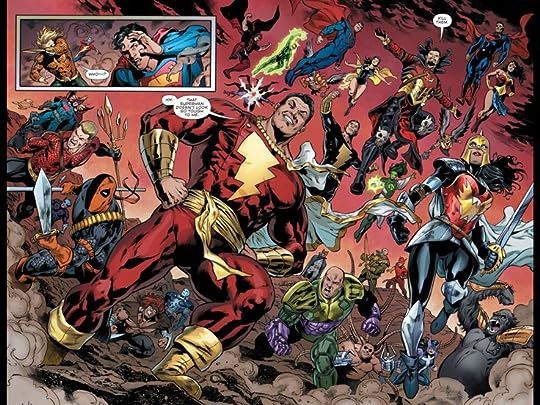 Does Convergence, as a story, make for good reading?
Hahahahahahahahahahaha!
*wipes tear*
Oh, you’re funny. I like you!
No, as a matter of fact, there are plot holes you could drive a truck through, clunky dialogue, and a weird plot line that gets more and more confusing as it goes along.
But who cares?! Suck it up, buttercup.
Remember, it’s required reading. 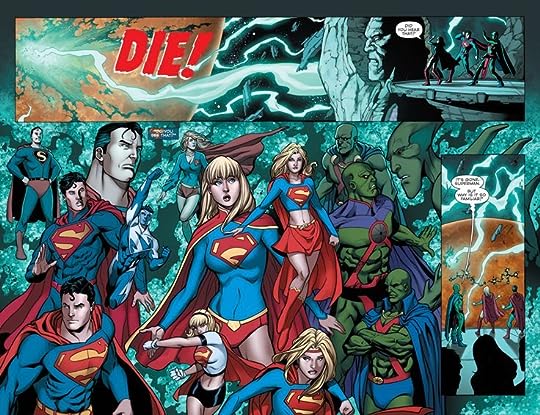 Some guy from a {random planet} gets tricked into being Brainiac’s stooge…
Hey you know what? Just think of the Silver Surfer/Galactus origin story, and you’ll get what’s going on with this Telos character.
It’s exactly like that, minus the surfboard. 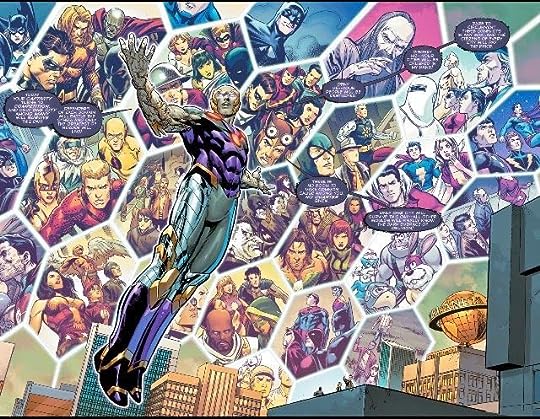 Most of the story focuses on the Earth 2 heroes, but eventually things branch out to include more and more of the other characters from the multiverse. 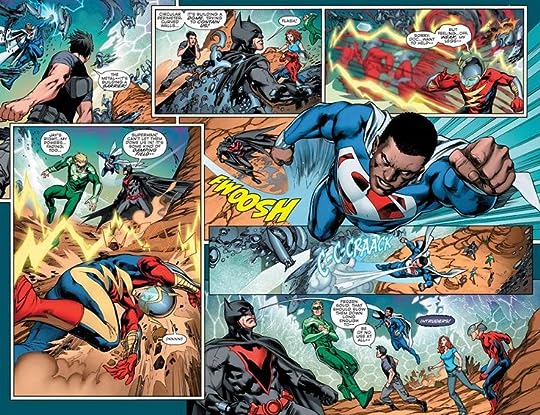 How, why, when, where?
Long story short, Brainiac has trapped everyone…like entire cities… (still not sure how he’s done this) on a living planet controlled by Telos. Then he wanders away to do something off-page.
Telos loses sight of his Prime Directive, and starts pitting cities and their heroes against each other in a Battle Royale-style fight for survival. 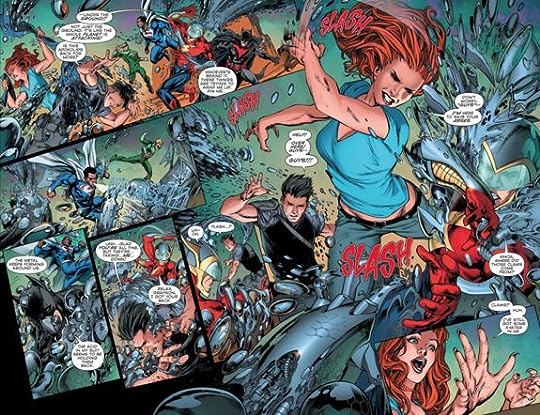 Of course, there’s an evil sorcerer (Deimos) who is planning to rule the world, sorry, worlds. And has managed to eat a bunch of Time Lords… or something. Then Earth 2’s Dick Grayson has a heart-to heart with Telos, and then Telos talks to Brainiac, and then they all cry and get emotional. It’s…you know what? Fuck it. It’s amazing, they all burn their bras and talk about which brand of tampon is the most absorbent. Next thing you know, good triumphs over evil, and the multiverse is restored. 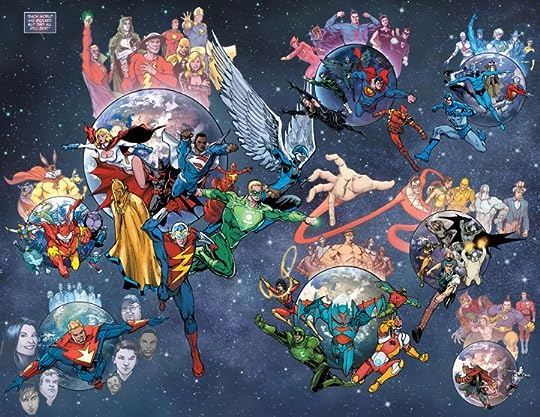 Ok. that’s it, kids. You can all go back to your regularly scheduled comic books now.

Edit: Everyone is telling me that THIS is definitely NOT required reading. As long as you know that it happened, you can mosey along without ever having to touch this sucker.

I received a copy from NetGalley and the publisher in exchange for an honest review.