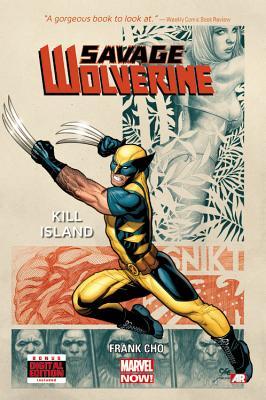 See: Wolverine go berserk and slice and dice his way through the Savage Land natives.

Marvel: At how many times Wolverine gets his butt handed to him by dinosaurs. Kids, it’s a good thing he has a healing factor!

Swoon: At Sheena, the She-Devil and pages of scantily clad native women

Laugh: At Amadeus Cho, as he sets himself up as a god to the natives. Oh, that Amadeus!

Chuckle: At the banter between Wolverine and Sheena, the scantily clad She-Devil. You tell him, Sheena!

Mourn: For Jeff’s brain, as it turns to mush from reading too many comics.

Hey!  You there in Duluth!  Buckle your pants up!!