So, I loved the feminist slant, and I loved the in-your-face attitude of the comic. Especially the stuff about body image. LOVED IT! 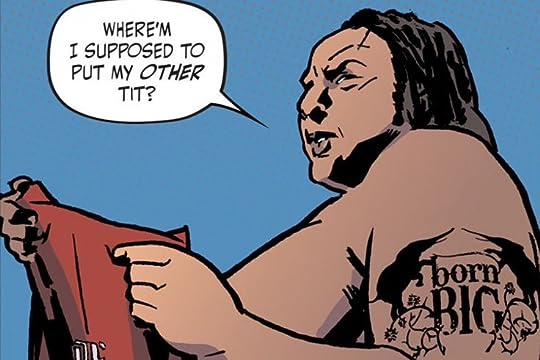 But as far as the actual plot went, I was a little disappointed.
Maybe because I’d read so much hype about this one? I’m just not sure. 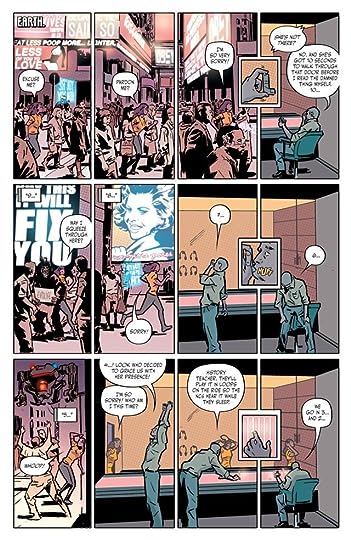 In dystopian future women are arrested and imprisoned for being non-compliant. Just about anything from being overweight to outspoken can result in incarceration on (what is commonly called) Bitch Planet. 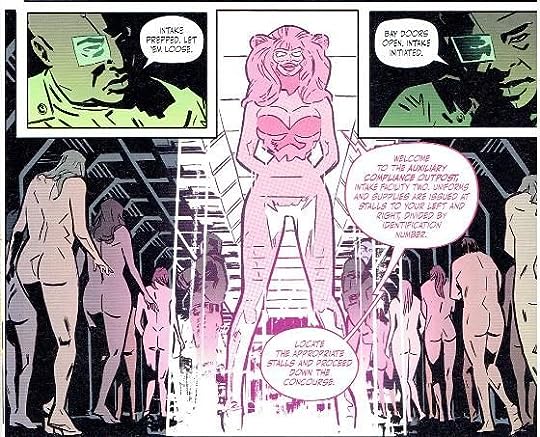 There’s lots of nudity in this, but it’s not the kind that pays service to drooling fanboys. It takes all the Women in Prison movies, embraces them, and then turns them on their ear. 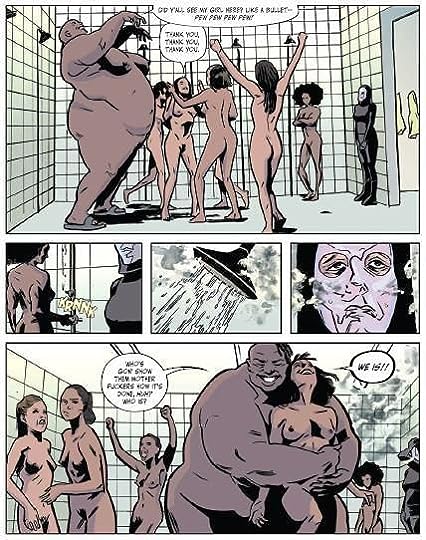 Even the obligatory sexy shower scene, gets a brand new twist. 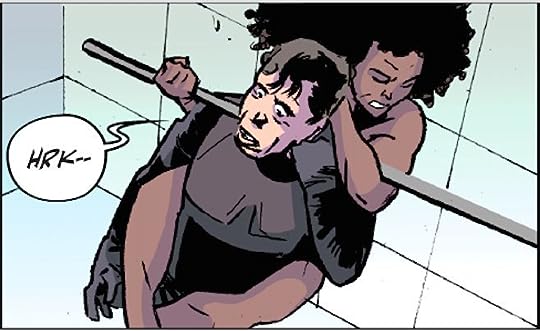 Although, the best part (to me) was reading all of the hilarious advertisements in the back of each issue. Make sure you don’t pass these up!
Spicy Cinnamon Taco douche…for the girl adventurer! 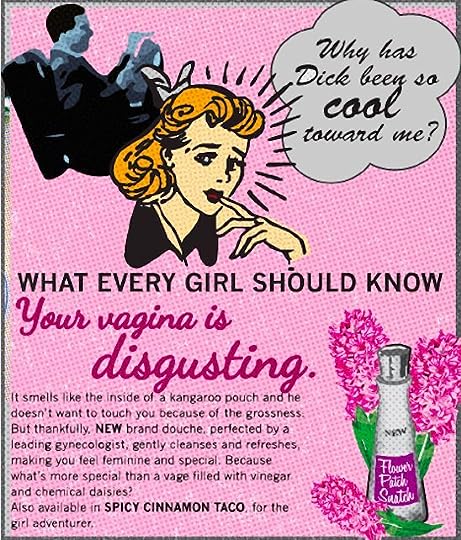 And that’s where this volume shines. It was all the small things that it called BULLSHIT on, that made such a huge impact on the story. These are the things that women are told to worry about every day!
Does your vag really need to smell like some sort of a chemical flower? I’m gonna step out on a limb, and say…no. 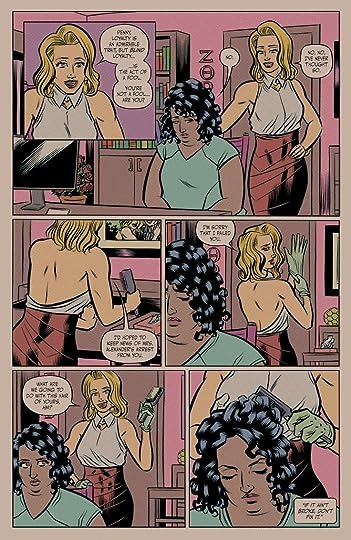 It deals with different body types, weight, color, and the general diversity in women, but it also deals with the attitudes towards women with…um, attitude. If you’re outspoken and opinionated does that make you a bitch? Yeah, maybe. shrugs
But is that a bad thing?
Again, going out on that limb to say…no. 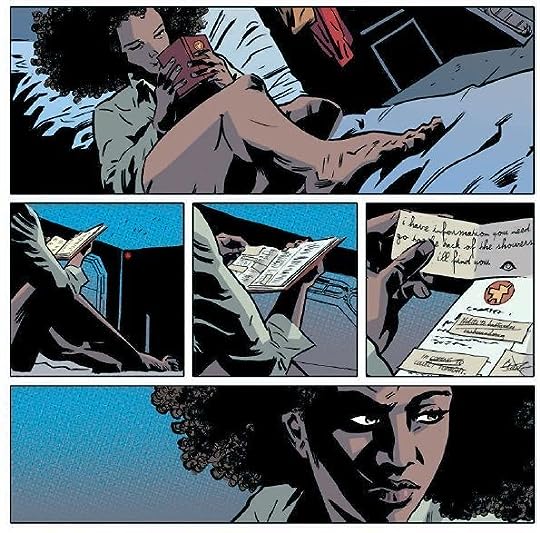 Alrighty, as far as the story?
A group of these Bitch Planet prisoners are going to compete in some sort of game, as the Female team. It’s apparently being done to add spice to this Olympic Gamesish competition (Of course, the deck is stacked against them, there’s a conspiracy with the higher ups in government, and public opinion is not in their favor.
But the ladies may be able to make a statement (and/or kill a bunch of people in charge) if they make it to the final round of the games.
I THINK.
Hopefully, I’ll get the opportunity to keep reading this one, and maybe by the next volume the main plot will be a little more defined. 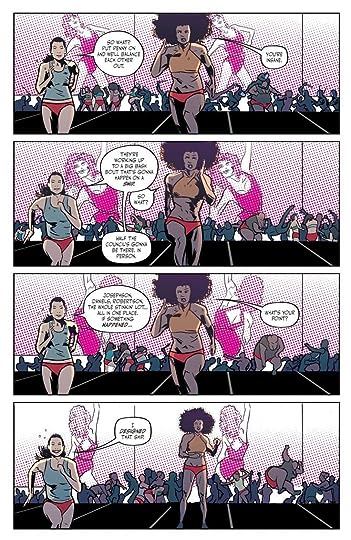 Overall, though, I thought the message in this was very cool. Recommended for boys and girls of all ages over 18.

I received a digital copy from NetGalley and the publishers.

Low, Vol. 1: The Delirium of Hope by Rick Remender
My rating: 3 of 5 stars

The artwork here grows on you a fair bit, especially when you realize it’s like Heavy Metal crossed with Conan the Barbarian set in Waterworld.

It’s no secret to any of the Shallows gang, RR is one of my faves. The intro talks about his pessimism and how therapy helped him be optimistic and how it changed his whole world. I’m happy for him, but I can see how sometimes tortured artists produce better work.

This is not a bad book at all, but the one thing Remender usually had going for him in spades was his humour. Never did I worry he was going to go write for DC…however, Low is lacking any sort of humour. This is a major problem. For a book about optimism and positive thinking and hope, it was devoid of humour. Does this mean that humour is tied into being negative or pessimistic? I wonder, because people think I’m funny, and I’m not a wild optimist. I’m a defeated idealist who uses sarcasm to gloss over how much humanity disappoints me. However, my misery usually makes others laugh?
Either way, without the humour, this is just another slightly above average dystopian sci-fi book.

Humanity lives in cities under the ocean, as the sun expands and ruins the Earth…one woman is optimistic and full of hope…so,naturally all the bad shit happens to her and her family.

Her hubby dies, kids kidnapped, and her son descends into depression. Then a glimmer of hope 10 yrs later, and we are off on our merry or not so merry way…
For a book about optimism, it sure wasn’t happy. Ironic, no?

That being said, it is interesting enough to pursue, but not aggressively.

Thanks for the free copy NetGalley!