Batman: Year One by Frank Miller
My rating: 5 of 5 stars 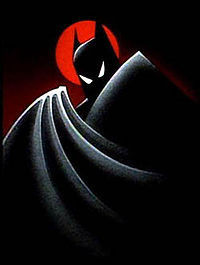 To be honest, I have actually first heard about Batman through the 90s cartoon series “Batman: The Animated Series,” which apparently, I have actually had my first exposure to the world of comics through so many animated series throughout the 90s. Since I have been reading a lot of comics lately, especially the “X-Men” comics, I wanted to try a different comic book series and that is where I started reading up on “Batman.” So, the first “Batman” comic I have actually came upon recently is a little gem that I have just noticed lately and that is “Batman: Year One” by Frank Miller along with artwork by David Mazzucchelli along with coloring by Richmond Lewis. “Batman: Year One” is truly a brilliant comic book that newer fans of “Batman” can easily get into!

Frank Miller’s writing: Frank Miller’s writing was so amazing and simple to read through, especially if you are new to the “Batman” comics and you need a good place to jump right in the series. Frank Miller has created a more modern spin on the origins of Batman without changing the original history of Batman (his parents are killed before him when he was a child and he decides to become the famous caped crusader he is today) and I especially loved the way that Frank Miller details Batman’s first year fighting crime as being difficult since Bruce Wayne had difficulties in becoming the crime fighting caped crusader since the public viewed him as a menace the moment he started fighting crime. I also loved the way that Frank Miller shown the months that all of this was taking place from January fourth to December third which gave an extremely detailed timeline of this story. What really interested me about this story was learning about the origins of Commissioner James Gordon since I have not really been exposed to his origins and it was interesting to see how James Gordon actually started out as a lieutenant of a police force that was corrupted by the crimes of Gotham City and how he tried to do his best to protect the citizens of Gotham City from such criminal activities.

David Mazzucchelli and Richmond Lewis’ artwork: David Mazzucchelli and Richmond Lewis’ artwork is simplistic yet gives a dramatic feel to the story, especially during the scenes where the characters are in shadows and they give out an eerie feel to the scene they are associated with, like during the scene where James Gordon is attacked by hit men and Richmond Lewis’ red coloring that flashes on the characters’ faces makes this scene extremely intense as you can see the pain and sorrow on James Gordon’s face. I also loved the shadowing that Richmond Lewis applies to Batman as Batman is usually shown in the dark and the dark shadowing makes him look menacing.

The only problem with this comic book novel is that there is some blood in some scenes, especially during the scenes where some of the characters are shot. Also, there is some language in this book that might offend some readers, so if you do not like dark themed books that deal with crimes in the cities, then this graphic novel might be hard to read through.