Breaking News – The Damian Wayne Robin is a major sociopath and needs immediate fixing before he breaks Batman’s patience (which, considering it’s Dick Grayson, is no mean feat). It has been decided that the best way to deal with this is to drop him into a group of teenage heroes with their own issues. Stay tuned to see how well this does not work.

Admittedly, it wasn’t that bad of an idea to have Damian interact with people his own age to learn something about teamwork. It does beg the question of how a boy with genius level intellect cannot see the benefits of having back-up, but let’s suspend disbelief for a moment. The thing Batman did not account for, possibly because he didn’t know, was that:
(a) the team leader, Wonder Girl, is struggling with the debate about general welfare vs. personal goals
(b) there is another psycho-misfit on the team – Ravager
(c) the team as a whole really want the old Robin (Tim Drake) back

So. Bats is a bit slow on the uptake now.

But there’s no use crying over spilled milk, so we get to watch as Robin stays an upstart brat all the way to the end, not experiencing any character growth whatsoever, while Superboy and Wonder Girl break up because she couldn’t get a sentence in before he did, and everybody else just sort of hangs around in the background. They may have fought a ridiculous villain somewhere along the way, but I wouldn’t know, I wasn’t paying attention. Anyway, all of this makes the volume pointless to read. Also Red Robin’s outfit just makes me laugh: 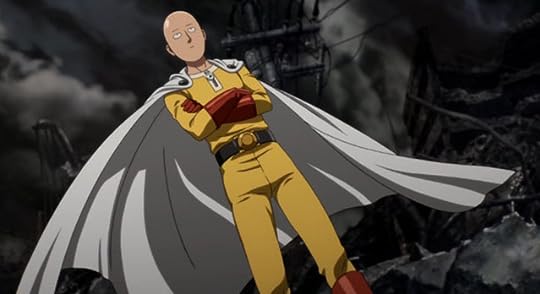 In summary, it ends with Robin having learned next to nothing and returning to Gotham, while Red Robin returns to the Teen Titans. At this point, we might as well bring up the issue of the movie. For everyone who grew up with or liked the Teen Titans animated series, don’t read this. Go watch the DC Animated movie instead, it’s way better. 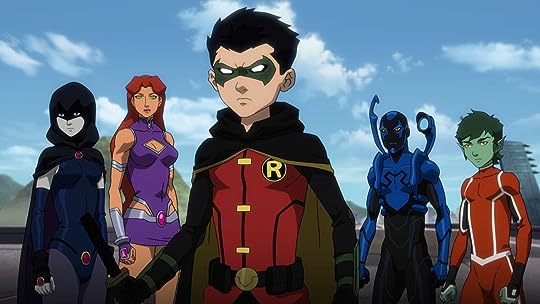 You get all the old beloved characters and a nicer Robin – a brat but still human. The film combines both the bratty Damian plotline and the Trigon arc to create a Civil War-esque scenario where the Titans end up briefly battling the Justice League. Notice that Batman had to be put out of commission, both because he would quickly solve problems and thus end the movie, and also because there’s no taking down an evil Bats.

– Grayson is still Nightwing, Bruce is stil Bats, because the comics are terrified of making Bruce seem like he has a heart
– The Titans are closer to the cartoon line-up, with Starfire, Beast Boy, Raven, Robin, Blue Beetle. Cyborg briefly joins in.
– Damian actually becomes a team player, and decides to stay with the Titans
– The movie ships Raven and Robin a bit, instead of Ravager being the one to mentor Damian
– It is implied that Terra joins the Titans
– Raven has less arbitrary (read: convenient) powers

The art in the comic is nothing great, it has some weird proportions at times. In contrast the movie has this really weird magical girl transformation:

and a very attractive Nightwing: 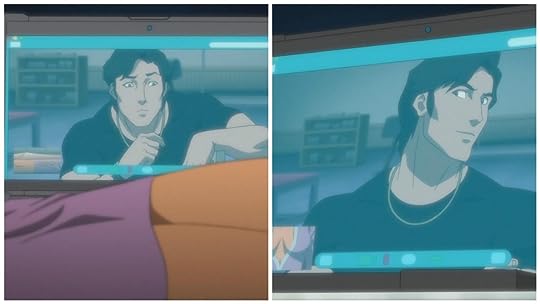 All in all, I’m not a fan of this volume. You’d be better off watching the cartoon or the animated movie which are more cliched but in the spirit of the thing. Also, who could pass up gems like these?