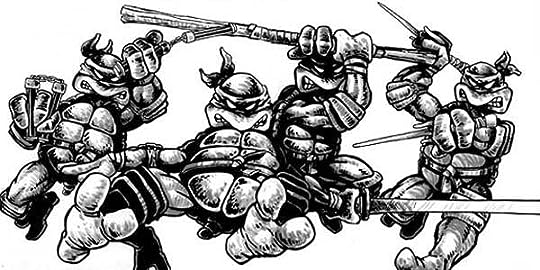 Hidden deep in the bottom of a cardboard box at the back of my closet was one of the most mortifying secrets of my adolescence. Nope, it wasn’t a stack of Hustler magazines (they were under my bed), a bag full of my neighbors underwear (not really my thing), or a rubber fist (I actually didn’t have one of those until I was in college). It was my collection of Teenage Mutant Ninja Turtle comics. There, I said it. I was/am a turtle fan. As if being an overweight role-player wasn’t enough to make losing my virginity a near impossible task. 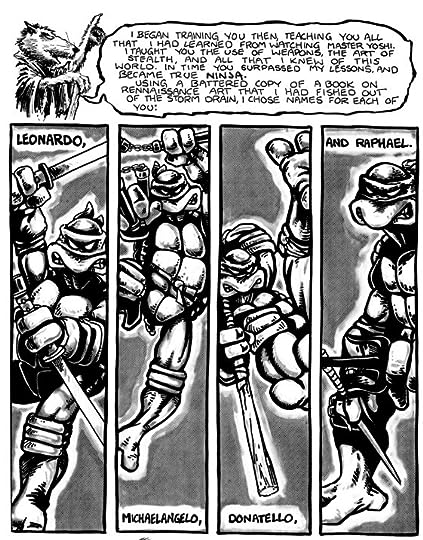 TMNT might have been my first exposure to indie comics and I LOVED it! My turtles didn’t skateboard around ordering Domino’s or shout COWABUNGA every other panel. My turtles were killers. The ninjas they didn’t cleaved with a katana or impaled on a sai got pushed off a roof top. My turtles all wore red masks and the only way you knew who was who was by actually paying attention (or their weapons, of course). A couple of things made the transition to the Hollywood version of the TMNT that continues to enthrall children everywhere. April made the cut. And as much as I enjoy staring at Megan Fox, she loses me as soon as she starts “acting”. Casey Jones made the first movie and some of the cartoons I believe, although the psychotic vigilante factor got toned wwaaayyy down. Vanilla Ice….I’ll just leave it at that. I know there were some other things as well. But that wasn’t my turtles. The comic really went for a more gritty tone, not quite Sin City, but it certainly wasn’t targeting little kids as its audience.

This collection of the first 7 issues of Kevin Eastman and Peter Laird’s original masterpiece and the Raphael 1 issue micro-series is awesome. Eastman and Laird’s dark and cartoony vision of the turtles still does it for me. The first couple issues and Raph’s micro being the best of the bunch. Of course, Rapheal was my favorite of the group, the angry tough guy thing speaks to me. The stories aren’t exceptionally well written and the art is pretty basic by today’s standards and I don’t give a fuck. The original origin tale is a classic. Clearly they were riffing on other popular works of the day, but I can’t get enough. From Shredder, to the Foot Clan, to man-eating Mouser robots, this one’s got it all. I’m not as crazy about some of the sci-fi stuff the guys included towards the end of this one, but it was still fun. 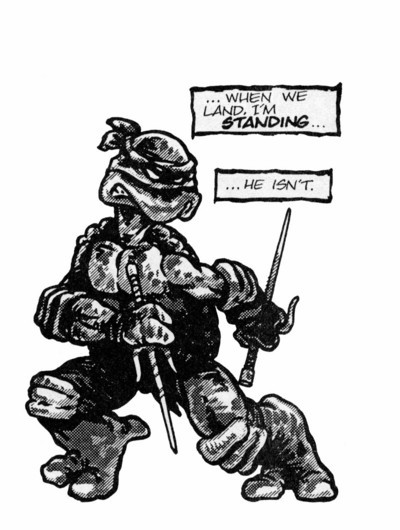 This book (along with a short list of others) was groundbreaking stuff for me. Little did I know that when Eastman and Laird would eventually make their mint and wisely sell their creations in return for what I hope was a butt-ton of money, I would be forced to hide my TMNT collection for fear of being doomed to rely on my right hand for companionship for the rest of my days. 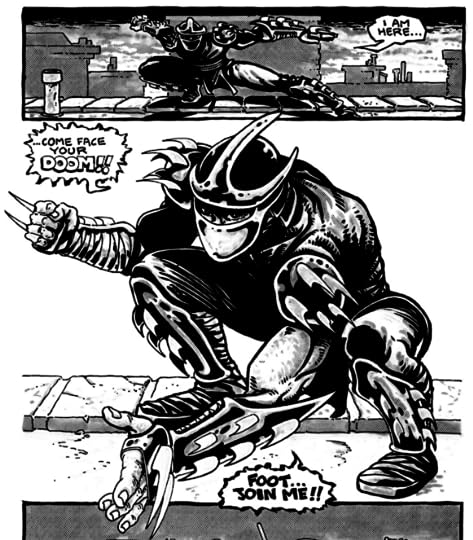 These oversized hardcovers are the only way to truly appreciate these books. Beautifully bound on nice paper with great extras including interviews with the creators and a couple sketches. I was actually lucky enough to stumble upon a “Red Label” edition super cheap that was signed by Eastman and had a kick-ass slip cover, but that stuff isn’t really necessary to enjoy this book. I would imagine that anyone with a fondness for the turtles will appreciate this collection and the beautiful black and white artwork it showcases so well. If you’re not a turtle fan or prefer the more mainstream version of the quartet, you might not appreciate this one as much as I do.