God Level is where Kot wraps up his 3 volume run on Secret Avengers and really starts to get his weird-on. Usually that’s where I get off Ales’ crazy train. But not this time folks. Enjoyed the shit outta this title right up to the end. 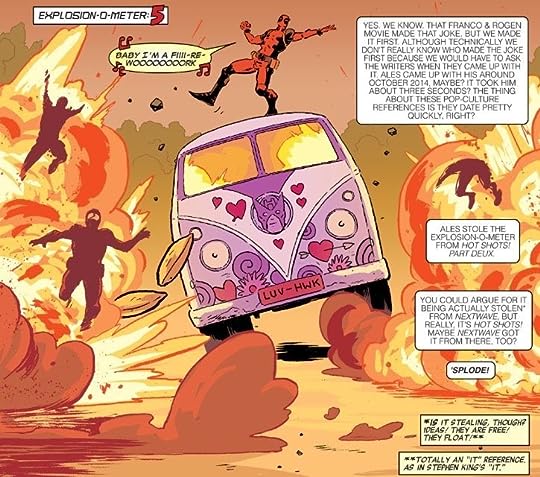 Funny that MODOK, a character I previously thought was oh-so-lame, ended up being one of the best parts of this book. Bunch of great moments including him drunk texting Deadpool, gettin’ all Rambo, and rockin’ out in an apron. Liking Snapper (heh) as well. Go figure. Who would’ve guessed a guy like me would end up diggin’ a dude named after a woman’s hoo-hoo? I would’ve appreciated a bit more Wade Wilson, but only because I think Ales really nails him. 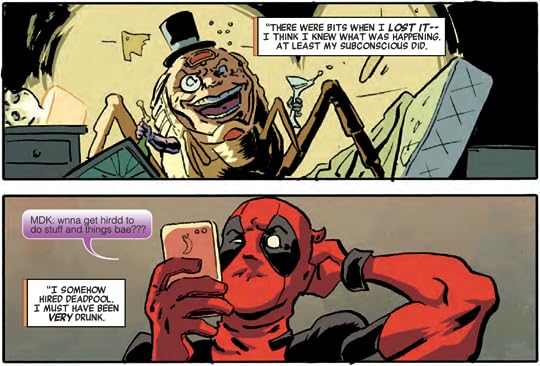 Some other highlights of volume 3 included Black Widow and Lady Bullseye on the run, Hawkeye taking out 17 hired guns all by his lonesome, Deadpool’s cameo, and the debriefing interviews at the end of the book. 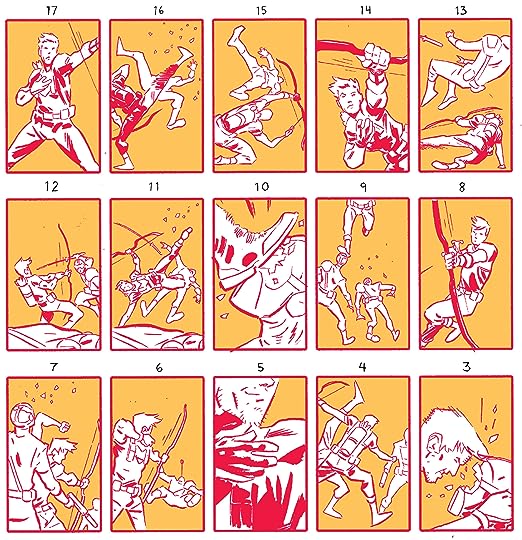 Much respect for Michael Walsh. The guy owned this series and deserves as much credit as Ales for gettin’ me hooked. He crushed whatever it was that Kot’s crazy-ass script called for. I’m guessing that he’s also personally responsible for some of the awesome “little” moments that made this book so damn good. Tradd Moore’s covers were pretty bangin’ too. 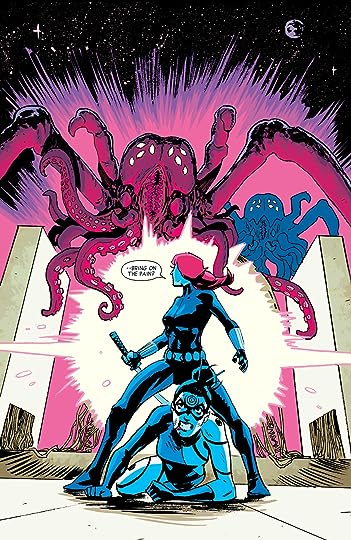 This type of Avengers story might not be for everybody, but boy did it kill for me. Plenty of action with just enough kookiness and unconventional story-telling to make it fresh. Kot jumps around a bit while getting to where he’s going (linear just ain’t his thing) and it really worked here. Pair him up with a talented guy like Walsh and Marvel created a run that’s among the best that any Avengers title has seen in a while. Bravo boys, hate to see this joy-ride come to an end. Anybody that’s enjoying Fraction’s Hawkeye, Soule’s She-hulk, or Waid’s Daredevil should probably give this title a shot.