Batman R.I.P. by Grant Morrison
My rating: 3 of 5 stars 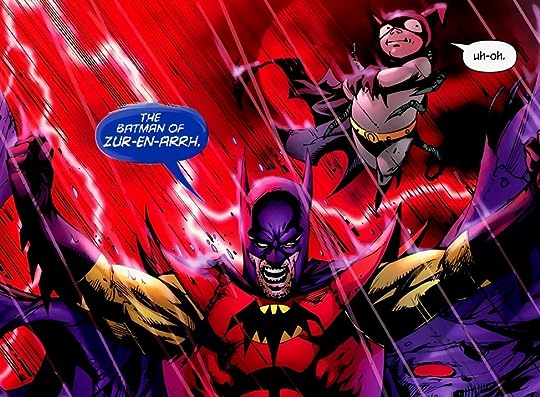 At this point, I have been reading many “Batman” comics and so far, I had been enjoying every single one I had read…until I came upon this comic. I mean, “Batman R.I.P” had a pretty interesting premise written by Grant Morrison and gorgeous artwork by Tony S. Daniel, who slightly rivals Jim Lee’s artwork, but the story itself was a bit too slow and confusing for me to really get interested in.

Batman has always trained himself to withstand any threat that comes his way, but there is one organization that will try to defeat him mentally and that is the Black Glove. The Black Glove’s plan is that they will try to find a way to make Batman go insane, so that way Gotham City’s criminals will unleash unbearable mayhem on the city itself while Batman is losing his sanity. Will the Black Glove succeed in their plans or will Batman find a way keep his sanity?

The premise: The premise for this story, which was the Black Glove trying to make Batman go insane, was pretty interesting. I did like the way that Grant Morrison wrote the scenes of Batman going insane and how the story just starts becoming cluttered because of the insanity that Batman was suffering. It really brought a chaotic feel to the story, which I usually associate chaos with insanity, so the story really fit that feeling extremely well. I also loved the way that Grant Morrison wrote the Joker as being insane as well as being calculating in his schemes against Batman since the Joker is honestly one of my most favorite “Batman” villains to date!

Okay…where was this story going? 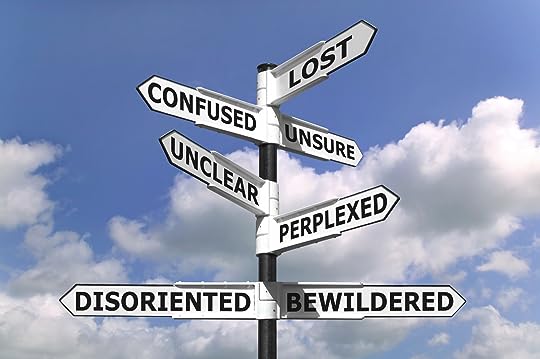 While I like the premise of this story and the artwork, the story itself was average for me because it was both too confusing and slow for me to follow. I understand that the story was basically the Black Glove manipulating Batman, but the plot just got so cluttered up once the Black Glove’s plan was announced that I just got so confused about what was really going on, especially when the plot was jumping all over the place. Also, there were moments where the story started slowing down and my interest in the story started to go down, the more I read this comic. There were various conversations that the characters had in this book that I was wondering to myself about what do they have to do with the story at hand?

Overall, “Batman R.I.P” may have an interesting premise about Batman going insane and gorgeous artwork, but the story is average at best since the plot is too confusing and the pacing seems to slow down in many places that it was difficult to read through.