Batman: Long Shadows by Judd Winick
My rating: 5 of 5 stars 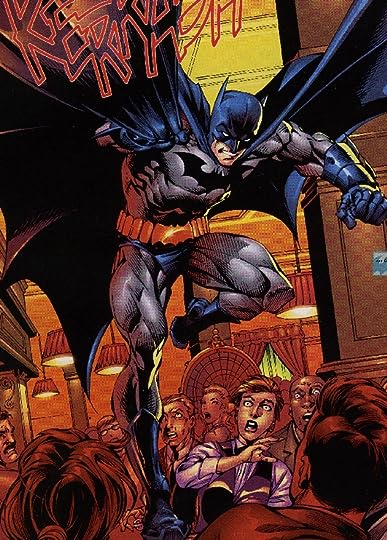 Now to be honest, I have never read DC Comics’ major event “Final Crisis,” so I am not familiar with Batman (or Bruce Wayne in this case) being dead during this event and this comic book “Batman: Long Shadows” takes place after the events of “Final Crisis.” However, despite not reading “Final Crisis,” I still thoroughly enjoyed this graphic novel (although being a huge Dick Grayson fan also helps)!

After the events of “Final Crisis,” Batman (Bruce Wayne) is pronounced dead, but in order to prevent the world from knowing that the real Batman is dead, Bruce Wayne’s protégé Dick Grayson decides to take up the mantle himself. Unfortunately, Batman’s old nemesis Two-Face notices that Batman is not himself and he sets out to murder the new Batman!

Judd Winick’s writing: Wow! Can I say that I was truly impressed with Judd Winick’s writing of this short story that takes place after “Final Crisis?” Now as it is known by now, I am a huge Dick Grayson fan and the fact that I am reading another “Batman” comic that stars Dick Grayson taking the mantle from Bruce Wayne (the first comic I read that had Dick Grayson as Batman was “Batman: The Black Mirror”) is just so exciting to me! I loved the way that Judd Winick wrote this story as we actually get to see how Batman’s immediate family (his butler Alfred, Damian Wayne and Dick Grayson) react to Bruce Wayne’s death and how they are trying to cope with the legacy that he left behind as Batman. It was pretty interesting to see how Dick Grayson tries to upheld Bruce Wayne’s legacy as Batman while doing things his own way and I loved how the other characters often commented on how Dick Grayson was a lot more friendlier as Batman than Bruce Wayne was and it was a nice change for the characters, especially for Alfred. I really enjoyed the relationship that Dick shares with Damian Wayne and Alfred as he treats Alfred like a father figure and he tries to get through the hard headed Damian Wayne. Judd Winick’s portrayal of Dick Grayson was fantastic as Dick continues to crack jokes throughout the story while showing great concern and compassion for his mentor Bruce Wayne and that just made me love Dick Grayson even more!

Mark Bagley’s artwork: Mark Bagley’s artwork is truly fantastic, especially during the battle sequences! I loved the way that Mark Bagley made all the explosions look extremely realistic and effective as I really felt the chaotic mood of the battle scenes that Dick Grayson gets involved in. I also loved the way that Mark Bagley drew the expressions on the characters’ faces as they look expressive and I actually felt the same emotions that the characters felt through certain situations, like the sadness that Batman’s immediate family felt when Bruce Wayne died. 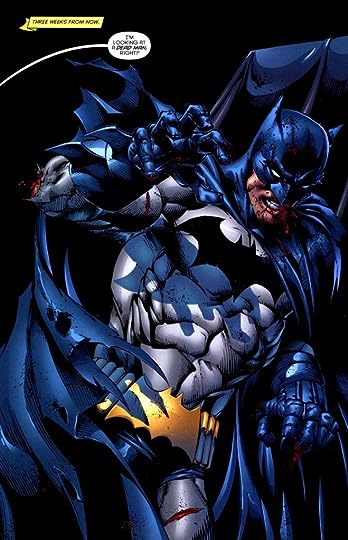 What made me feel uncomfortable about this story

Overall, “Batman: Long Shadows” is an excellent graphic novel for fans who want to see Dick Grayson take up the Batman cowl and own it like no one else!