Spider-Man: Dying Wish by Dan Slott
My rating: 5 of 5 stars

THIS is the prequel to Superior Spider-man. I’ve been wanting to find out how the hell Doc Ock managed to shove his mind into Peter Parker’s body for a long time, and if there’s anyone else out there like me, you might kind of confused as to what you need to read.
Ta-da! 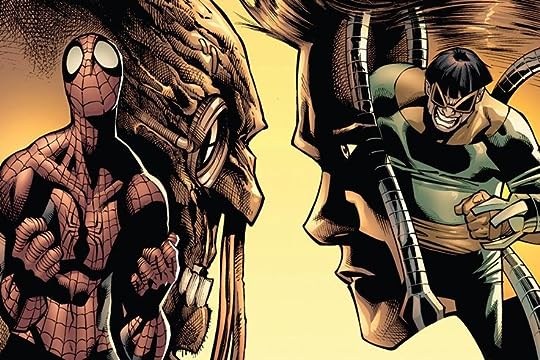 So, Jeff read this a few days ago, and lurved it.
Hulk happy…

Immediately, he tells me, Read it now!!! <–Direct quote, btw.
And, of course, I pretty much dropped everything, because I’m such a good friend, & reading a comic book (Now! Now! Now!) is important. I erased selections off of my Marvel Unlimited read offline thing, put down the library book that was due the next day, and told the kids that they would be walking home from school, because it wasn’t raining that hard for Christ’s sake!
Get steppin’! I ain’t raisin’ no pussies!
My point? I read it right away, because Jeff said it would punch me in my feels.
Do you feel it, Anne?!
Yes, I feel it! Lawdy, lawdy! I feel it!

Boy, as much as I loved having Otto take over fill in for Pete, this brought out a big old jumble of emotions!

I’ve never made any secret of the fact that I adore Peter Parker, or that Spider-man is hands-down my favorite comic book character.
Well, favorite Marvel character.
*lights candle on Aquaman shrine*
And even though Slott’s Superior run will go down as the Must-Read Spidey title, it was hard to see this all go down. 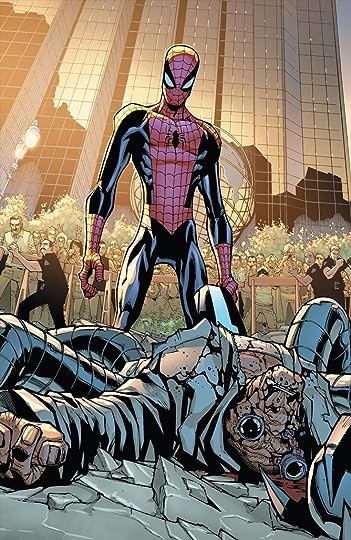 I was kind of expecting to…I don’t know…maybe not be shocked by anything that happened in this, but there were a few times Slott sorta snuck one in on me. I actually did the
GASP!
thing, then got surprised that I was surprised…if that makes any sense?! 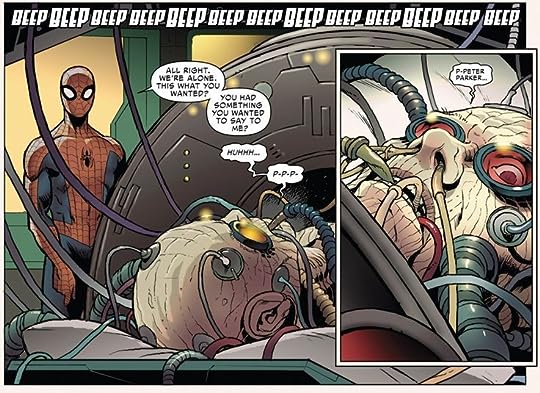 So, yeah. This was definitely worth reading, even though I already knew how everything was going to turn out. 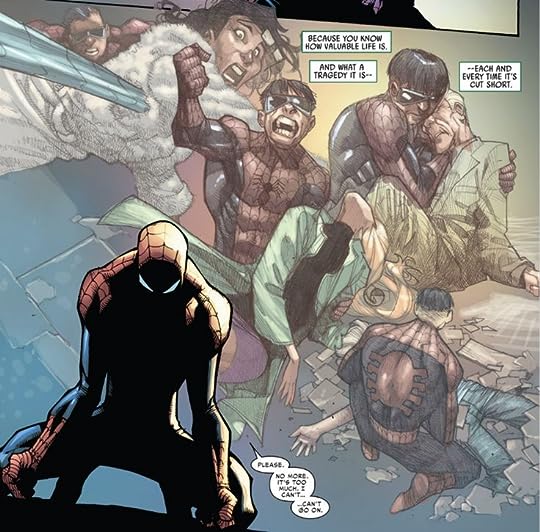 There were things I didn’t know, and moments that I’m glad I didn’t miss.
And for fuck’s sake…THE FEELS!
Uncle Ben? Is that you? 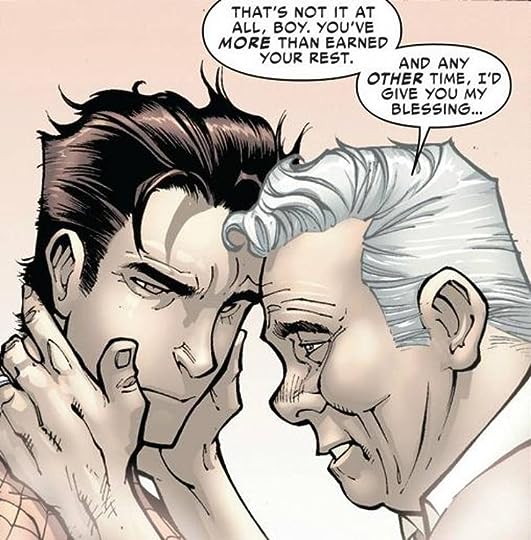 You would think that there would be, at this point, no way to shoehorn the With Great Power… speech into a Spider-man comic without making readers like me flare their nostrils with disgust. Amirite?
Think again.
You’re not getting me with that lame line, Slott!
*shakes fist*
You’re not gett…*voice breaks* 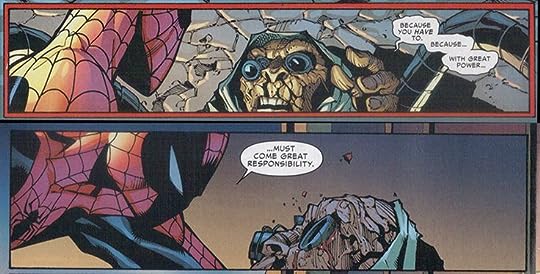