In keeping with our buddyread theme, I’d say this one is like pancakes…the first two are really great, but by the fifth one you’re just wondering what you saw in it…

You know, for a long time, I never understood why Bats was called the greatest detective, because I’ve never actually seen him…detecting.
Never fear, Snyder is here to fix that problem!

If you were secretly hankering for a CSI crossover with psychedelic elements, you’re in luck. If you weren’t, well…there’s a few badass action scenes in the beginning? 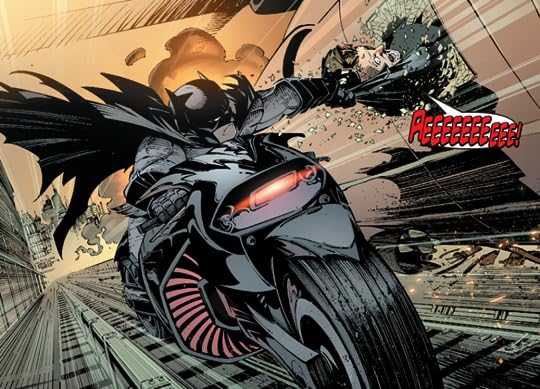 I really enjoyed the beginning of the book, where we get all these cool details on Wayne tower, Bats doing some genuine scientific detection, flashes of humor and insights into the Bat family. 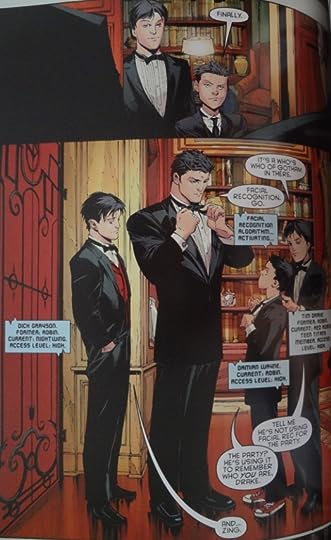 I also enjoyed the Gotham is… bit, showing us that even Bruce’s perception of himself and Gotham is skewed.
If you thought Batman was infallible, think again. He’s only 99.99% perfect.

So that was all cool, and I was really getting into the murder mystery. Bruce was showing us his human side and all was good.
I sadistically cackled when Bats realizes there’s a bigger bad than him out there.

But the story lost steam towards the end – the maze section was a bit meh, the action was confused and the story just abruptly ends.
There were also waaaaay too many eyeballs…

Plus DC is taking the whole Bats-keeps-his-fmaily-at-arm’s-length thing too far now. Why don’t you give us less of these guile hero moments (potassium whateveride anyone?) and more of an emotionally stable human?
Yes, I know Injustice was released later…

I do like Capullo’s art, even if Dick Grayson keeps changing heights. Look at that manly chin, people. 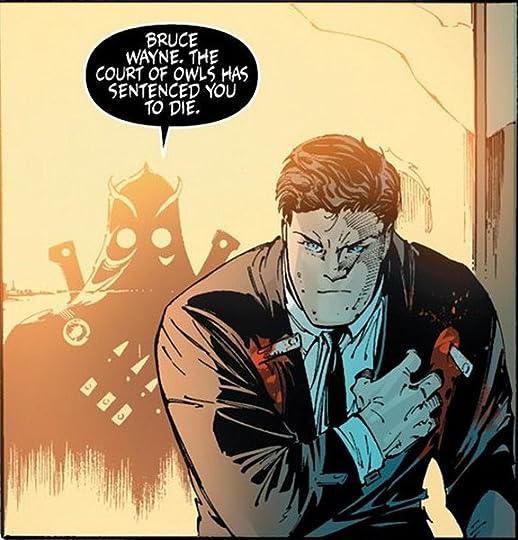 Overall, not perfect, but still refreshing and interesting enough to make me want to read the next volume.

3.5 stars.
View all my reviews

3 thoughts on “Batman, Vol.1: The Court of Owls by Scott Snyder”