Southern Bastards Book One Premiere by Jason Aaron
My rating: 5 of 5 stars

Just like good bourbon, Jason Aaron and Jason Latour’s Southern Bastards has just the right mix of smooth and burn to make this book one of my favorite titles EVER. I get that they burrowed from other classic stories and play up some southern tropes, but ask me if I give a shit. And y’all, they do it right. 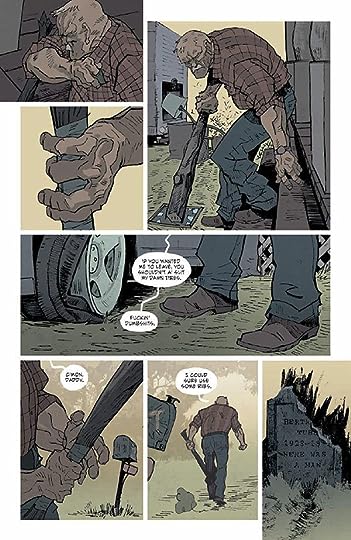 The first half of the book focuses on Earl Tubb’s return home and his run in with the man that is Craw County. Been a looonnnggg time since Earl’s been home and things have changed a mite. Coach Boss runs the show and these two mean motherfuckers are destined to cross paths. Earl’s a larger than life character that I straightaway took a likin’ to. A man’s man with a sense of duty that wants nothin’ more than to mind his business, but finds himself forced to decide between doin’ nothin’ and doin’ what’s right. 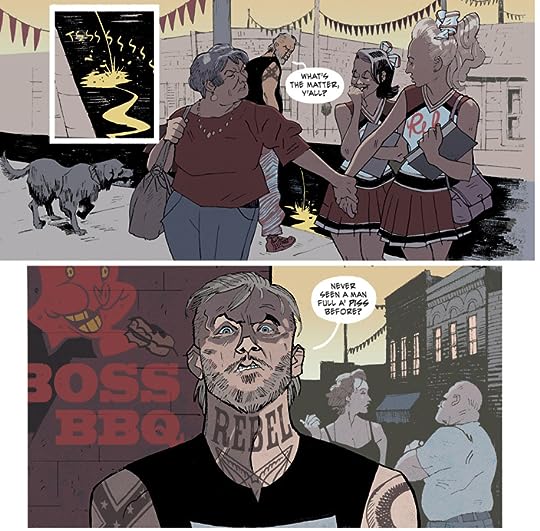 The 2nd half of the book spotlights Coach Euless Boss. He’s rattlesnake mean and colder than a witch’s tit with a serious hankerin’ for high school football. How he came to coach the Runnin’ Rebs, as well as control Craw County is detailed here. While I hated this ornery sonuvabitch, I had to respect his determination. There’s nothing he won’t do to get what he wants. 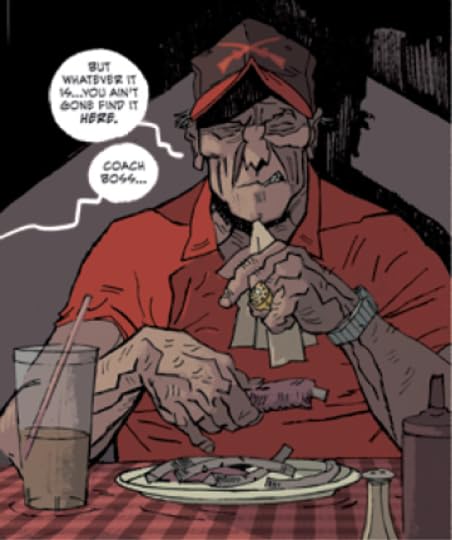 Latour’s southerner background provides him with all that’s necessary to create a convincing backdrop for his thoughfully designed characters. The places felt like he was pulling them from memory. Right down to every roadside sign, team logo, or run-down trailer. Craw County’s natives shared the same attention to detail. Earl’s huge hands, Boss’ hat, and the tatted-up rednecks that put down roots in Tubb’s hometown share the same authenticity. 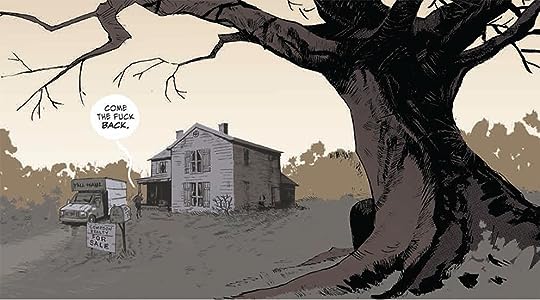 Being a massive fan of Aaron’s terrific work in Scalped, I’ve been waitin’ for him to return to the creator-owned crime genre I’ve fallen so in love with. This title’s on pace to be even better than that masterpiece of crime fiction. Fans of southern noir need look no further. Aaron and Latour really take care in laying the foundations for what I hope will be a lengthy stay in Craw County. Is it a recommend? Darn tootin’! IT’S GRANNY-SLAPPIN’ GOOD!