Secret Avengers, Vol. 1: Let’s Have a Problem by Ales Kot
My rating: 4 of 5 stars

Yep, this is it. My favorite Avengers title in years and probably the BEST Secret Avengers stuff ever. Kot has that “Matt Fraction” thing down. Great action with just enough silly. This book starts off right after Nick Spenser’s run on Secret Avengers, but I don’t think you really need to read that run to enjoy this. Maybe just the 3rd volume (cuz it’s good). 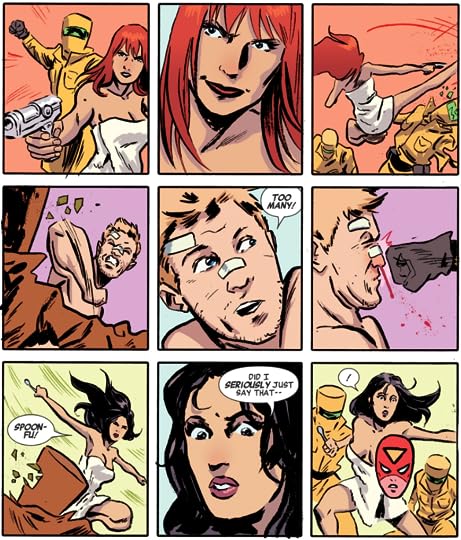 Ales’ team consists of Nick Fury, Black Widow, Spider-Woman, Phil Coulson, and a tag-a-long by the name of Clint Barton. Oh, yeah and the Mental/Mobil/Mechanized Organism Designed Only for Killing. He’s great and also a professional egoist. After this series I’m buying a M.O.D.O.K. t-shirt. He is awesome in this book. Maria Hill sparkles too and she really has her hands full with this crowd. That, and she gets hands on. Dig her.

A.I.M. continues to make itself an annoyance to the gang in this collection, but there’s also a couple of new villains that show up to shit in our heroes cereal. A crazed poet and arms dealer named Artaud, a killing machine called “The Fury”, Lady Bullseye, and an artificially intelligent bomb by the name of Vladimir just to name a few. The quirkiness of this title is just so fun. 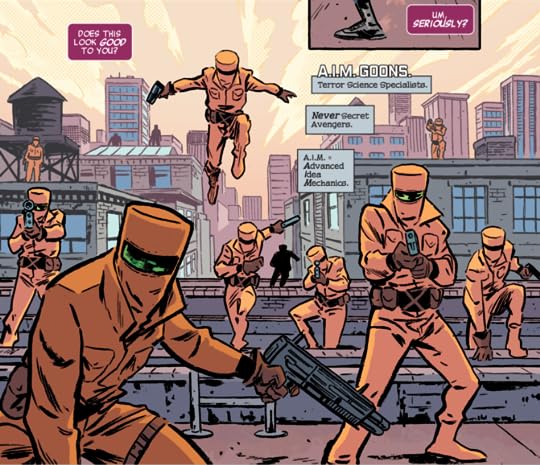 Michael Walsh is the perfect illustrator for this one too. He’s got a “Matt Wagner” vibe that I love. Wonderfully drawn simple, but distinctive characters and backgrounds that nail it. Mike’s got a new fan in this guy. I’ll be hittin’ his shit up again down the road. Travis Moore, of “Luther Strode” fame, provides some sweet cover art as well. Money. 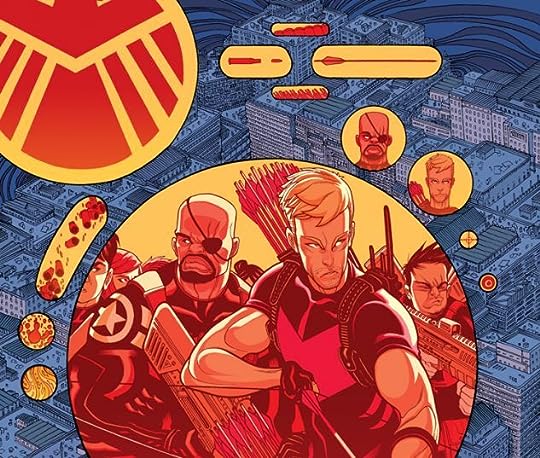 Could’ve done without the Original Sin tie-in included at the end of the book. I get that it was collected since Ales wrote it and it wasn’t bad, just didn’t flow or really have anything to do with the rest of the story. And the art was meh.

This kinda weirdness is usually not my thing, but Ales is able to sell me on it for some reason. I would imagine it’s sorta like folks that appreciate Grant Morrison’s uniqueness. I don’t, but I think Ales’ odd style is a bit more digestible to the blue collar comic fan than Grant’s. Odd without the obscure references and mind-boggling plot lines that Morrison typically baffles me with. A recommend to anyone that’s enjoying Fraction’s Hawkeye or is a fan of any of the characters. Kot and Walsh killed it.