Secret Avengers Vol. 3: How To Maim A Mockingbird by Nick Spencer
My rating: 4 of 5 stars 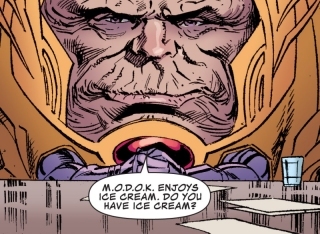 In preparation for Ales Kot’s run on Secret Avengers, I thought I should pick up the last volume of Nick Spenser’s run since Ales co-wrote the issues collected. It shows. Kot’s quirky fingerprints are all over this bitch. 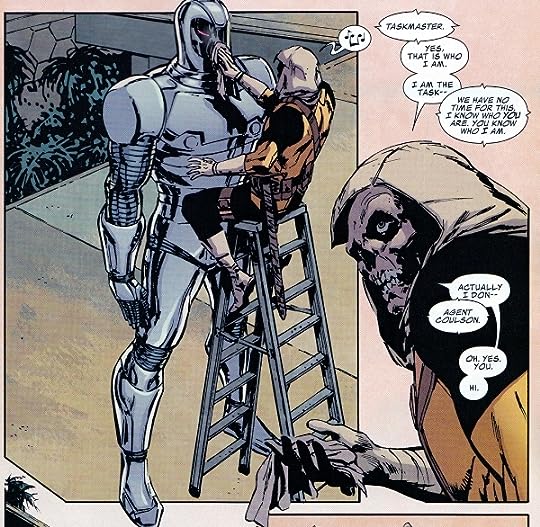 This volume seems like something of a lead in for Ales’ 3 volume stint on the team. It puts most of the pieces in place so he can hit the ground running with Secret Avengers Vol 1: Let’s Have a Problem. Really loved MODOK’s introduction in this one. The back and forth between him and Maria Hill was ridiculous throughout. I think Ales does a really good job of riding the line between cornball and serious with this book. That’s tough to pull off for anyone in my opinion. Taskmaster’s also good for a few laughs. Hawkeye, Nick Fury (“Sam Jackson” Fury that is), and Black Widow are all pretty much by the numbers. I think I prefer Nick as an agent as opposed to the SHIELD director. Hawkeye’s true to form and appears to be taken right from his own current, super-popular solo title. Most of the book, as the title implies, focuses on Mockingbird. Not a fan of hers, but the rest of the ensemble cast gets enough face-time while taking on A.I.M. to make up for it. 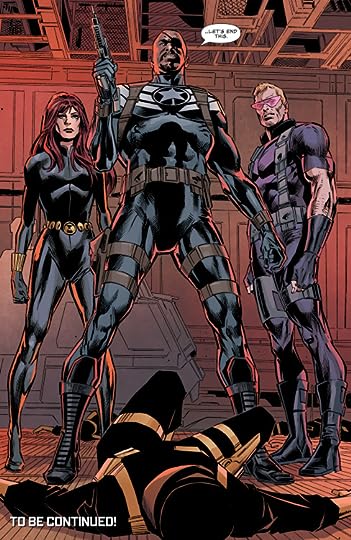 The art was decent. Never a fan of Butch Guice or Luke Ross. Not my brand. But whatever, it certainly didn’t suck. 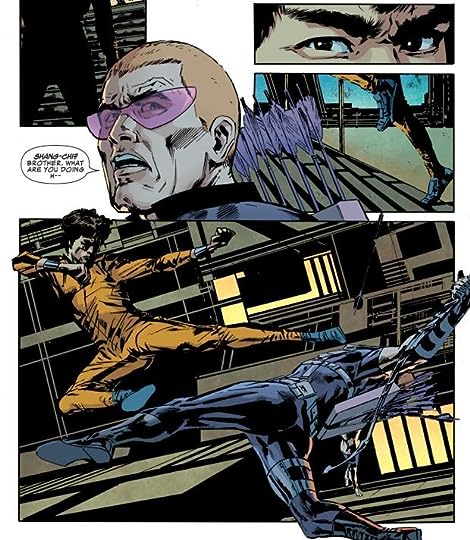 This collection (along with Anne and Chris’ reviews of the first book) is pretty much a guarantee that Ales’ 3 volume run on the Secret Avengers that follows this is gonna kick some ass. I’d say pick up this book if you’re plannin’ on reading those collections. It doesn’t seem like you need to read Spenser’s 2 previous volumes to get the idea as to what’s going on here (I didn’t) and it’s a good preface to Kot’s take on the team. Now I’m even more fuckin’ stoked to keep on with this title. Bring it.