Green Lantern, Vol. 6: The Life Equation by Robert Venditti
My rating: 3 of 5 stars

This volume did a few things better than the last one.
One of those things was simply not being quite so loooong and rambley. Also, there’s a point in this one when Sinestro points out to Hal that his greatest strength is his unpredictability. And he’s lost his edge, because he’s trying to be a bureaucrat*, instead of just his usually leap first-look later kind of self.
Yay, Sinsetro! Couldn’t have said it better myself!

*Hal is now the leader of the GL corps. – Astonishing Anne

Another thing I thought was nice? This one has little pages explaining the huge hunks of missing information, due to the nature of these crossover events. Otherwise, this volume would have been indecipherable.
So…Thanks!
And even better idea would be to stop have so many crossovers.

Highfather showed up at the end of the last volume, and that storyline is the core of this one. The New Gods have come to our universe to get the Life Equation, and finally have the means to defeat Darkseid. Of course, in order to do that they need to wreck everything on this end. 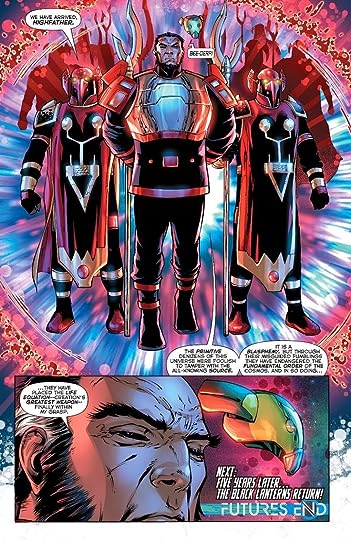 In order to stop them, Hal has to team up with some really questionable individuals. But desperate times and all that nonsense… 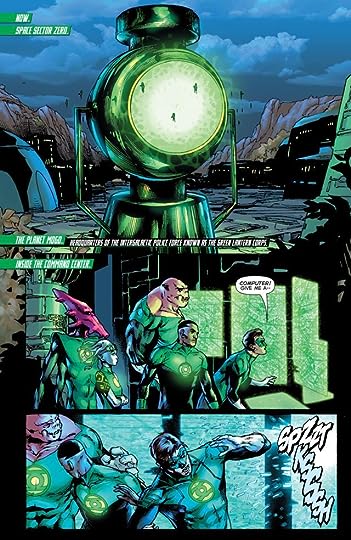 Big Battles! Big Betrayals! Big Secrets Revealed!
Whatever. It wasn’t awful.
Here’s the thing, though. I just don’t like the direction that this title has taken. In fact, the Red Lanterns are the only interesting bunch in the entire group.
Guy Gardner is now officially the coolest Lantern out there.
It’s the truth!
I mean, Carol Ferris is Kyle’s girlfriend now, for God’s sake!
Did you just hear what I said?
What the hell?! Do you not see he’s wearing a Lego mask, Carol?! 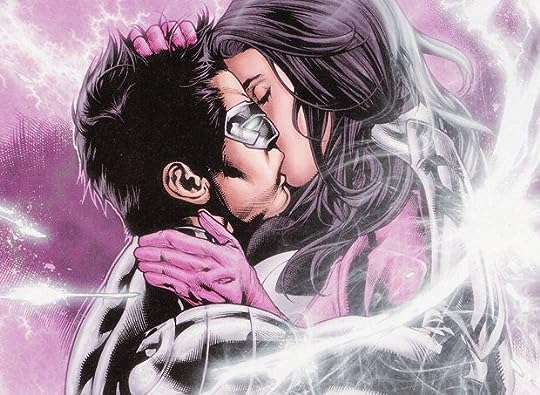 Why are you kissing him?! Do you not remember what happened to his last girlfriend?
Wait! Carol! Noooooooo! Don’t open the…

It has cliffhangery sort of ending to this one, with Hal taking off and doing something crazy. It’s enough to make me want to find out what’s going to happen next…I guess. Maybe. I can’t really decide right now.