Very cool 1st issue!
Cindy Moon is introduced in the Amazing Spider-Man title, played a huge role in the Spider-verse event, and is now getting her very own title! 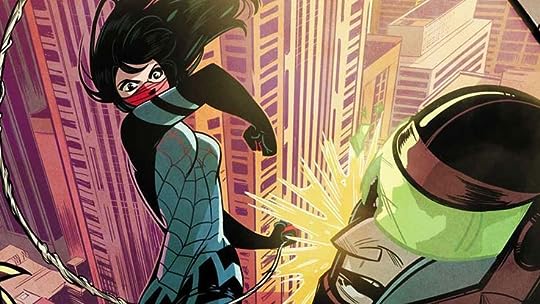 Quick Backstory (probably missing stuff):
Cindy was bit by the same spider that chomped Peter, and has powers resembling Pete’s. She can also spin her own webs, and creates clothes out of her spider Silk. Soon after being bitten, she was found by a man called Sims, and then locked in a bunker (for 10 years) that shielded her presence from a spider-hunter called Morlun. She had the code to get out, but chose to stay, because (according to him) it was the only way to keep everyone else safe from the bad guy who was hunting her. He was rightish, because of the whole Spider-verse thing. Still, maybe not exactly a good guy. Since 10 years have passed, she’s lost touch with her family, and is now on a mission to find them. Plus, Cindy also has an eidetic memory (like Barbara Gordon!).
Oh, and she & Pete had a thing for about 10 seconds.
Ta-da! 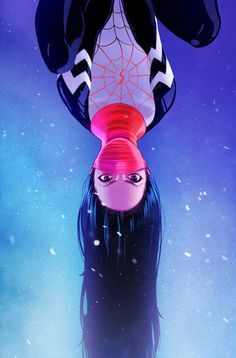 Ok, this one does a pretty good job making Cindy a likable new heroine, and giving her a distinct voice. The art is fun to look at, slick, and flows well with the dialogue. And the story itself was a great introduction to the kind of character she’s going to be in the future.
Well, hopefully.
She’s trying to juggle a job, superhero stuff, finding her family, and learning how to blend in after missing 10 years of pop culture references. 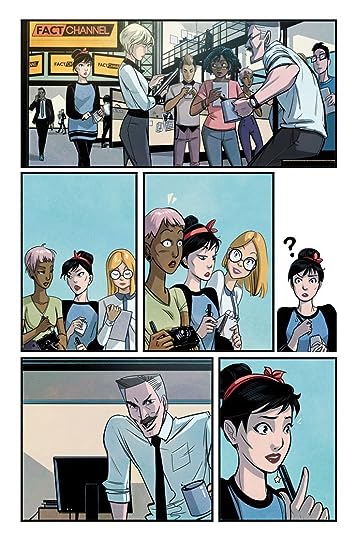 Pete pops up a few times to let her know he’s there for her, but it’s pretty clear that she’s going to be a solo act. And while I’m sure there will be plenty of team-ups in the future, it’s nice to see her doing her own thing. 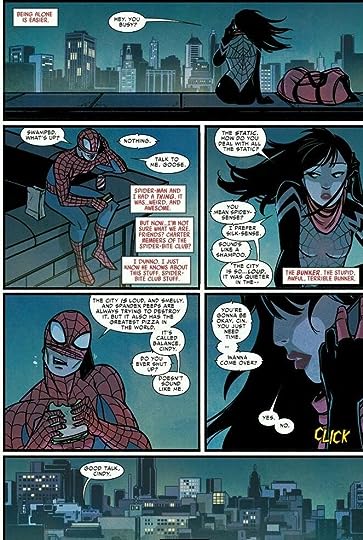 This one ends with her getting her own Spider-lair, and trying to figure out the next move to track down her family. There’s a little ominous voice-over thrown in the last panel that made me sit up and take notice, as well. All in all, very nicely done.
Can’t wait to read the next one! 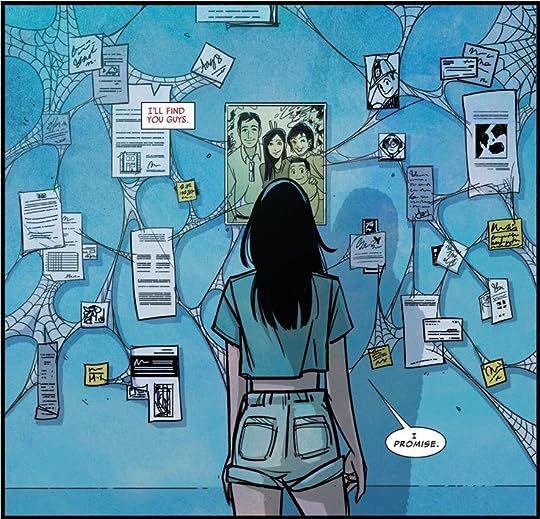