Wolverine and the X-Men, Vol. 6 by Jason Aaron
My rating: 2 of 5 stars

Dog Logan is not a character I ever care to read about again. Woof!
This was such a disappointment in what has been an otherwise fun title, that I wish it could just be magically wiped from my memory.
sigh
The main story is that Logan takes a group of the students on a trip to the Savage Land to learn teamwork…Wolverine Style! 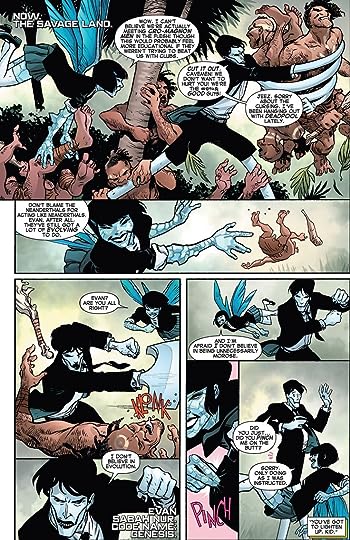 Instead of it turning into one of those corporate Trust Retreats, Wolverine’s time-traveling half brother Dog shows up to ‘Learn Them Kids a Lesson’, and prove that he’s the better brother.
*vomits, wipes mouth, gets back up* 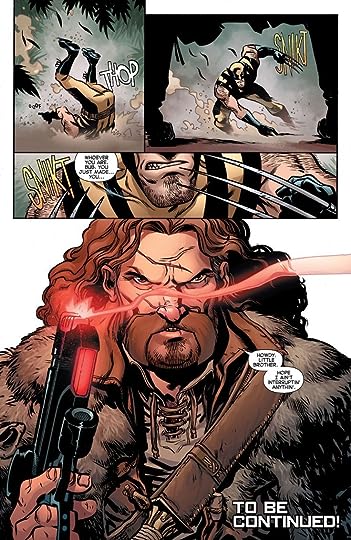 Lots of ridiculous dialogue and a few flashbacks later, they load up and go home, after learning the most important lesson of all.
Friendship = Family
*vomits again, lies beside toilet for a few minutes*
Plus, it’s always fun to see what a pussy Logan was before his mutant powers manifested! 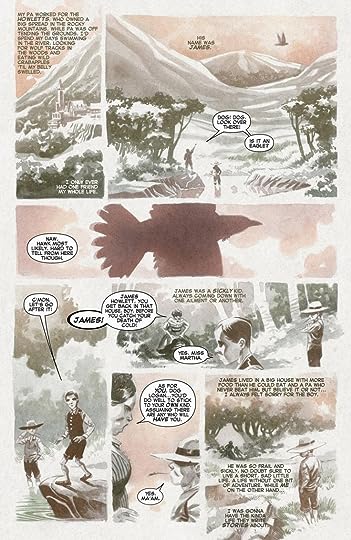 The last issue is some weird Peek Into the Future, where Logan learns that just because you have access to time machines, doesn’t mean you should use them. 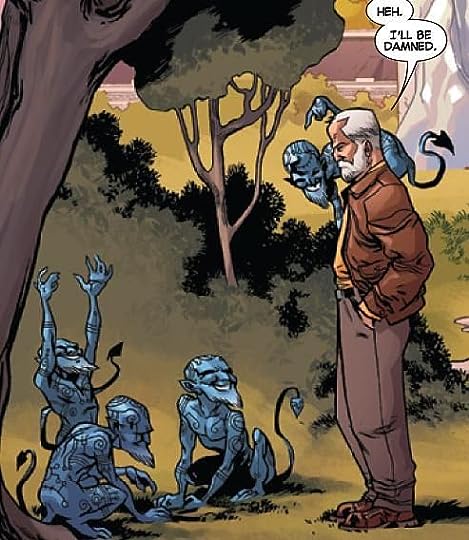 There were a couple of (almost) interesting developments with Idie and the Hellfire Club that make this one useful, but the vast majority of this volume is garbage.