Avengers: Millennium by Mike Costa
My rating: 3 of 5 stars

Time Traaaaaavel!
It was a cockamamie plot with no real point, but I’m sort of used to that by now, so it didn’t really faze me. 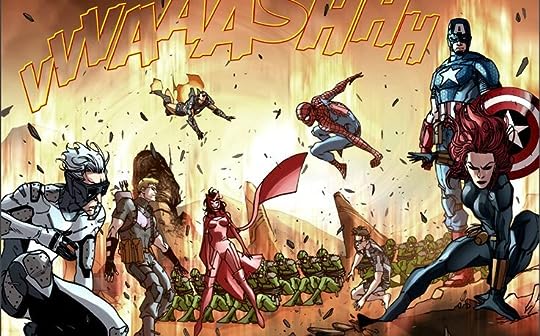 But the characters were cool, the dialogue was funny, and the story didn’t seem to take itself very seriously. So. Yeah, I liked it well enough. 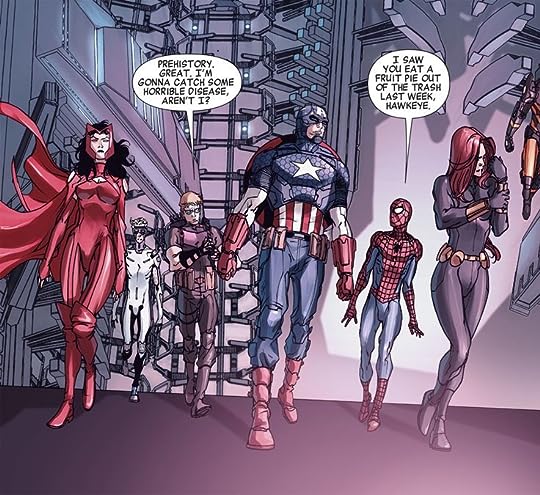 But whatever. The point is, Wanda senses a disturbance in The Force, and sends Pietro scurrying back to the Avengers mansion to collect reinforcements. 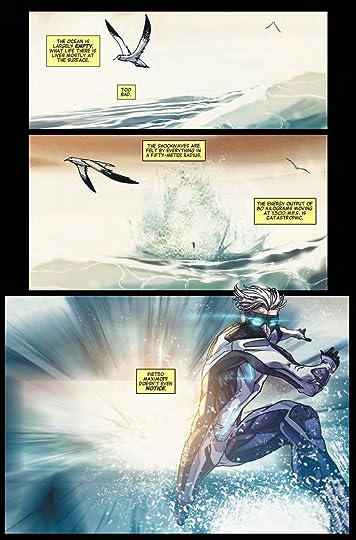 The Avengers wisely decide to step through a Hydra time portal, end up getting separated across the time stream, and hilarity ensues.
What follows is a nonsensical story about Hydra burying a dragon egg in the past, a burned out dystopian future, and Peter dressing up as a Geisha during of of the World Wars.
I forget which one. And, face it, it doesn’t really matter anyway. 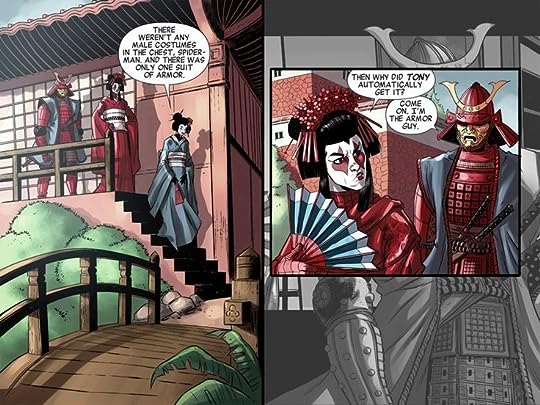 I still don’t know how they managed to fix it all, but that’s ok, because I don’t think they did either. Basically Cap, who is hanging out with Hawkeye and Quicksilver in the Days of Cavemen, (somehow) manages to freeze himself again… 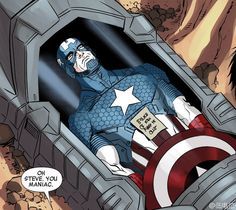 Tony, Peter, and Natasha find Capsicle in Japan…but leave him frozen so that Bruce and Wanda can find him someday in the farfarfar future.
And…*cough*…for some reason, this ends up helping them all get back to the past/future/present. Anyway, they all meet up again, and open up a can of whoop-ass on a poor man’s Godzilla monster called Kakaranatharaian.
I swear to God!

Right. They beat both Hydra and Godzilla by…
You know what, they don’t even pretend to know, so I’m not going to even pretend to explain it.
Hawkeye just dribbled some Magic Dirt over what was left of the egg, and they electrocuted it with Time Syrup or something, and everything goes back to normal. 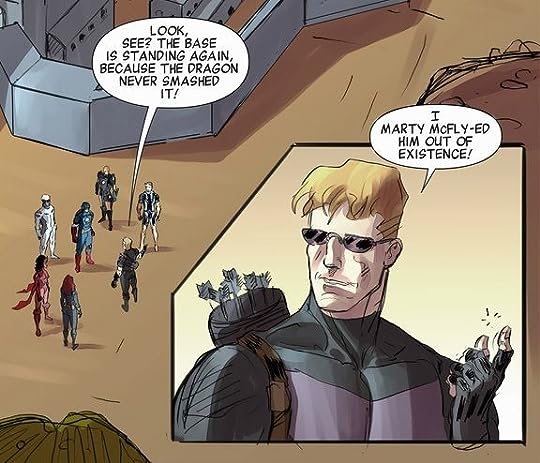 The end!
And I know that sounds horrible, but this wasn’t all that bad. It was kinda of fun in a WhoTheFuckCares sort of way. Just silly comic book antics, you know?

Alright, because this was only 4 issues long, Marvel kindly thought to pad this one with some ancient issues from the days of yore. And in keeping with the theme, we get the best time travel stories from 1963!
Avengers # 56 & #71
I know, right?! Now settle down so I can tell you all about it.
The first one is about the gang going back in time because Cap wants to confirm that Bucky really died. He’s holding out hope that his little pal made it off that rocket before it exploded.

Of course, this volume wouldn’t be complete without a story about Kang, now would it?
Lucky us, it’s complete! 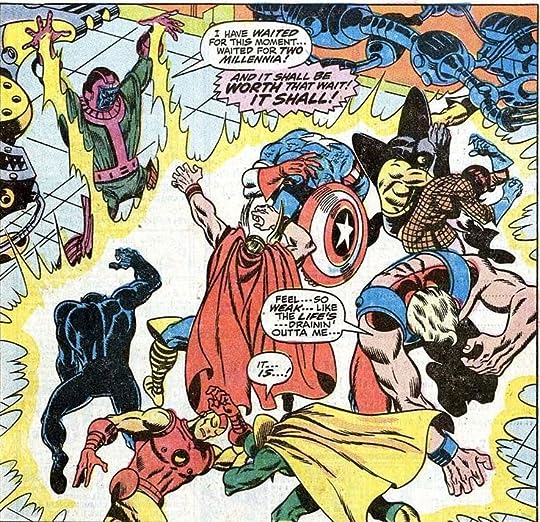 On the back TheLatestPull.com says, My god is it good.
Well, I don’t know if I’d go that far, but I would say, My god it could’ve been a whole helluva lot worse.