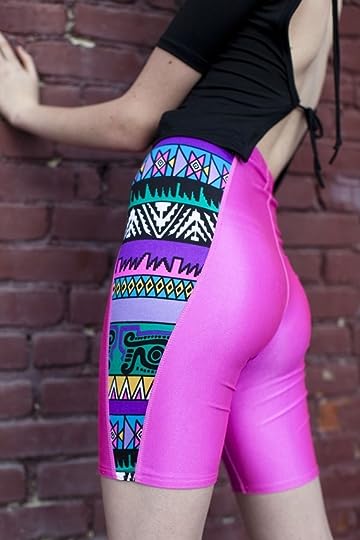 You know what I remember about U.S. History class? The shape of the girl’s ass that sat 2 seats in front of me and wore bike shorts (the 80’s answer to yoga pants) every…single…day…..and stealing the answers to the final exam out of the teacher’s desk to pass the class by the skin of my teeth. I guarantee that if History class had been more like Manifest Destiny this dip-shit would’ve gotten at least a “B” and probably had a lot fewer embarrassing erections.

Manifest Destiny Vol.1: Flora and Fauna follows Captain Meriwether Lewis and 2nd Lieutenant William Clark’s trek into the then unexplored North American frontier. This time these guys have more than just angry Native Americans to worry about. Dingess adds to the adventure by mixing healthy portions of the fantasy and horror genres into the action to create something a lot more interesting. To me anyway. 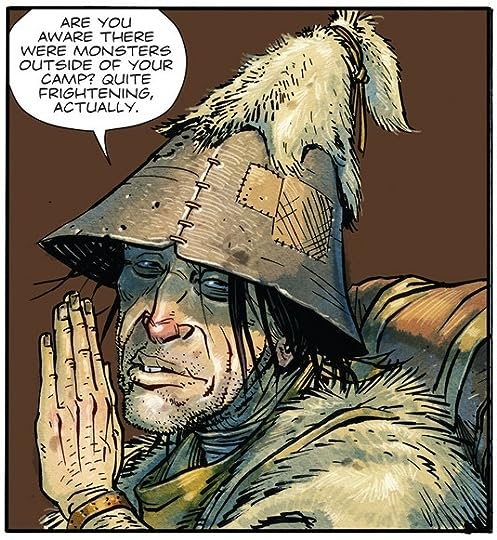 This first volume spends a lot of time fleshing out Lewis and Clark’s personalities, their histories, and just what their stakes are in this venture. Lewis, being the scientist of the pair, is constantly cataloguing and scribbling away in his journal, which also acts as the narrator for portions of the story. Clark is the war-hardened veteran. A brave, stoic, and no bullshit kinda guy that hands out lashes for even the most minor infractions. Surround them with a crew comprised of seasoned soldiers and paranoid convicts and shit really gets interesting. 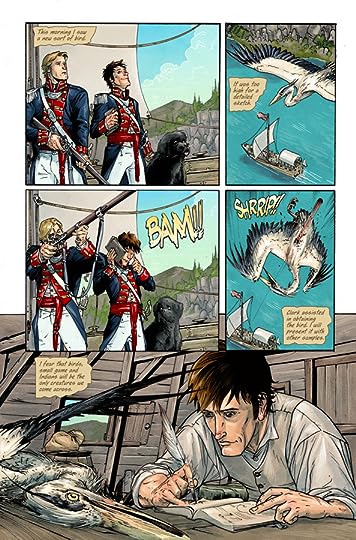 Then, to sweeten the pot even more, throw in some mythical beasts, lethal plants, a few bloody battles, some creepy elements, hints of what might be a shady government conspiracy, and the most interesting take on Sacagawea that I’ve ever read and the hook is set. I’m all in. 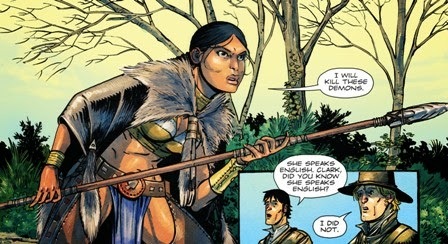 Matthew Roberts is pretty darn good artist. Here’s another Image illustrator that’s totally new to me that I’ll be looking out for down the road. His style reminded me a bit of Tony Moore (of Fear Agent and early Walking Dead fame). Owen Gieni also did a wonderful job coloring the book. 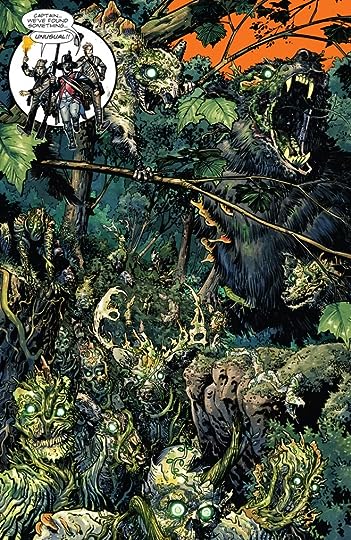 There are a bunch of excellent books out there that have been blending genres really well. Hellboy, The Sixth Gun, and Copperhead being some good examples. I’d say Manifest Destiny falls into this category as well. Another shout out to Image Comics for yet another creator owned title that’s certainly worth checking out if anything you read in this review interests you.