Son of the Gun: Sinner – Volume 1 by Alejandro Jodorowsky
My rating: 4 of 5 stars

Uh, yeah. Eww. But it’s the kind of “eww” I couldn’t put down, twisted fuck that I am. And there were some moments I wanted to. Son of the Gun: Sinner is the cruelly bleak account of the life of Juan Solo. And let me tell you kids, this one is filled with some really hard to watch situations. Alexandro Jodorowsky pulls no punches when dishing out all manner of depravity. I mean he starts off with a newborn baby left to die in a South American dump, and while that might not mean a lot to some prom queens out there these days,  it’s pretty fucked up. And trust me when I tell you it just keeps going downhill from there. Listing all of appalling shit would just take away from the story and what I think Jodorowsky is hoping to convey. This one is not for the light hearted comic fan. It’s like a Greek tragedy addicted to meth, lingering in a subway restroom, ready to blow a filthy old man or slash his dick with a straight razor. Hate the term “hardcore”, but it applies. 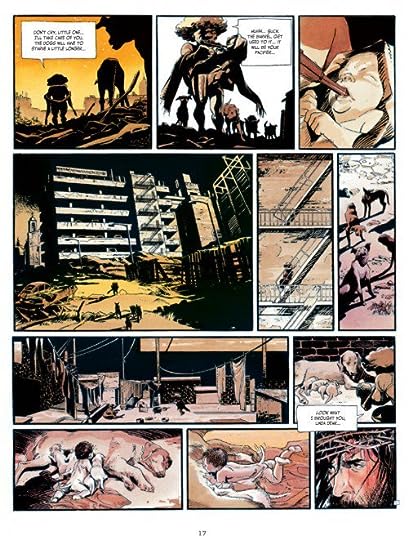 Georges Bess does a magnificent job of illustrating Jodorowsky’s distressing vision. This book would not have had the same impact without his beautifully disturbing illustrations. 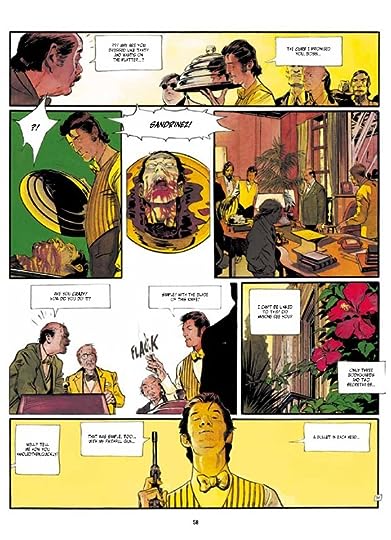 I have to think that Jodorowsky is trying to show the depths of horrific behavior that people are capable of in Sinner. He pretty much touches on just about every terrible thing a person could possibly do. Now whether or not he’ll be able to convince me that some people are capable of redemption in his next book, Saint, remains to be seen. One thing for sure, I’m gonna read it. 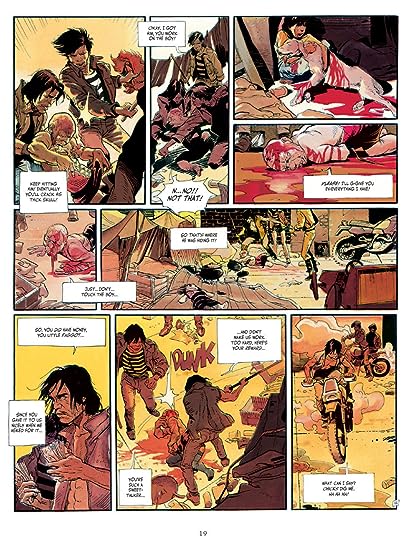 And HELL YES, it’s a recommend. If you’ve got the stomach for it.