The Superior Foes of Spider-Man, Vol. 1: Getting the Band Back Together by Nick Spencer
My rating: 4 of 5 stars 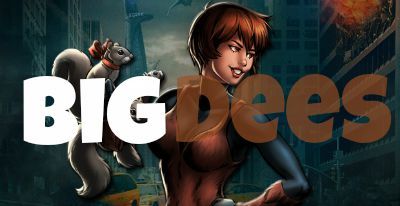 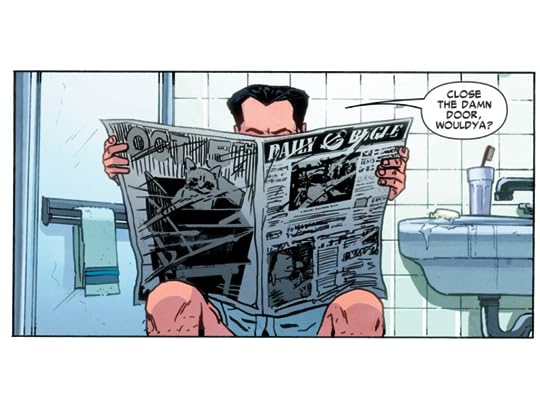 Getting the Band Back Together was pretty damn good when all was said and done. Somewhere between 3 and 4 stars for me. Comic book humor is a hard sell for this guy as I typically prefer my comedy classless and of the “blue” variety, but this PG-13 routine worked pretty well overall. 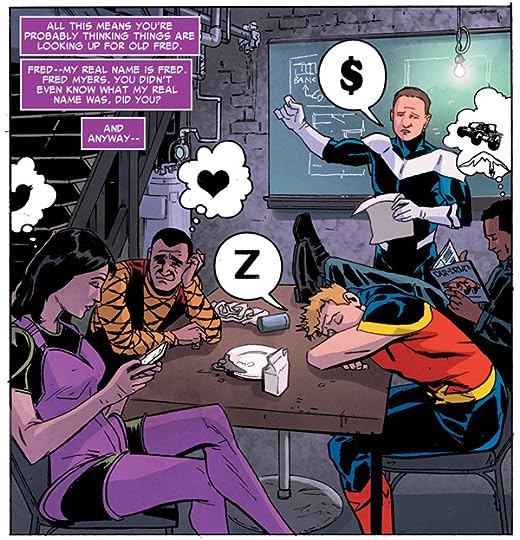 Long story short, a bunch of D-list villains (Boomerang, Shocker (Heh), Beetle, Overdrive, and Speed Demon) come together in a desperate attempt to get their hands on some quick cash, earn little respect, and repeatedly dick each other over along the way. It took a couple of issues before I really started to pick up what Nick Spenser was putting down. My reaction was a lot like Anne’s. Lots of little moments that had me chuckling throughout. Didn’t piss myself laughing, but was consistently amused. The interactions between the all characters (especially the main cast) were great and the ridiculousness was just enough without overdoing it. Not easy to do. Some comparisons to the current Hawkeye run are pretty accurate as far as style and presentation.

That said, I don’t think Nick could have pulled this off without Steve Lieber’s contributions. His artwork was equally responsible for my little fits of the giggles throughout and he pretty much nailed the style and tone needed to make this book work. Lieber spared Spenser from having to spell stuff out with creativity and certainly deserves an even share of the credit for the success of this book. 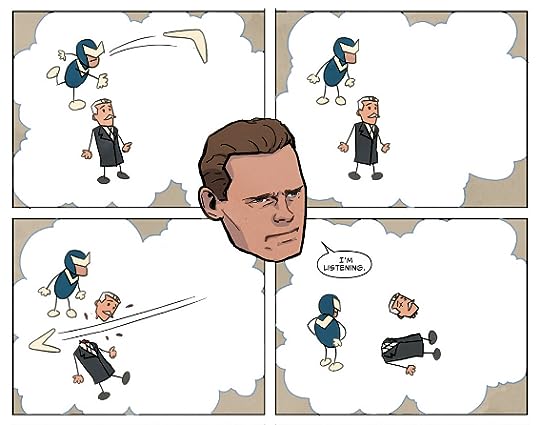 If you’re digging Fraction and Aja’s Hawkeye and aren’t opposed to a little levity mixed into your comic book fix, give this one a shot. I’m in for the next volume.