Other than the weird-ass issue at the end with Mr. Terrific in the future, I really enjoyed volume 5!

Spoilers Ahead, you Crybabies!
Like, for real, I’m spoiling everything.
Unless you’ve already read this turn back now.

In the last volume we met Val-Zod, a Kryptonian who had been hidden away by the government, after his spaceship landed on Earth. 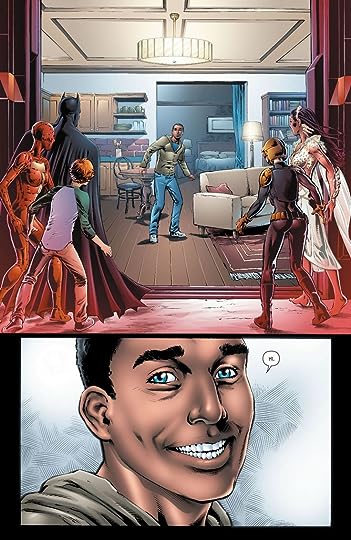 He an agoraphobic pacifist, originally raised by Superman’s parents on Krypton, after his parents were killed by the government for trying to warn people the planet’s doom (or something like that). He was much older than Clark when he was shot into space, and had a strong bond with Supes parent’s, who taught him to believe violence was never the answer. 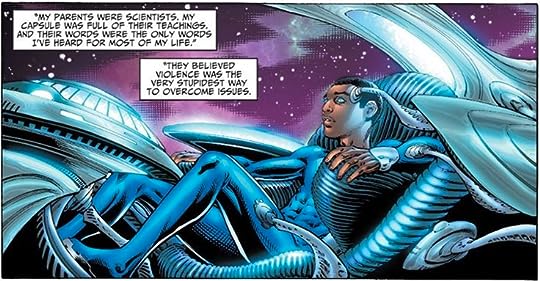 But that doesn’t seem to be very helpful in the current situation!
Batman, who we learned in the previous volume was really Thomas Wayne, is especially enraged over Val’s refusal to fight. 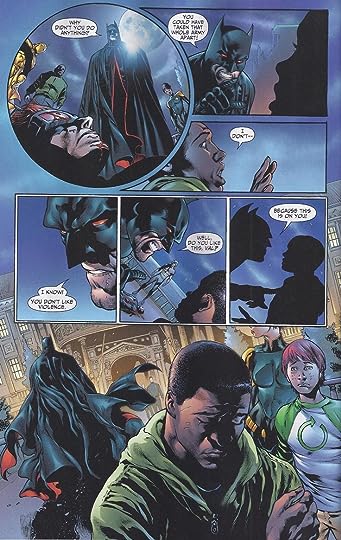 Jimmy Olsen (techopath with photographic memory) & Lois Lane (revived as the new Red Tornado) have both befriended Val, and are working with him to try to figure out a way to use his abilities, without compromising his principles. Because he may the only one on the planet strong enough to defeat Darkseid’s newest minion…Superman! 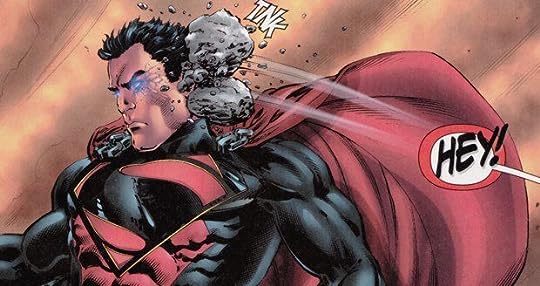 Meanwhile, Hawkgirl & Green Lantern (brought back to life by the Earth’s energies) execute a daring rescue mission to save Flash from Beguiler (lackey of Darkseid, with the power of a god). 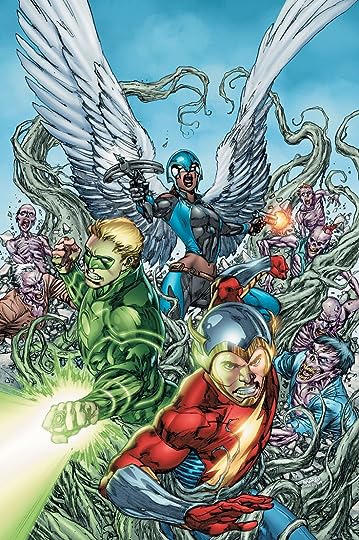 Without backup, even Green Lantern can’t hold her off when she comes for Garrick. And neither Alan or Kendra trusted the World Army enough to tell them about their plan to save Flash.
But who needs an army when you’ve got Aquawoman?! 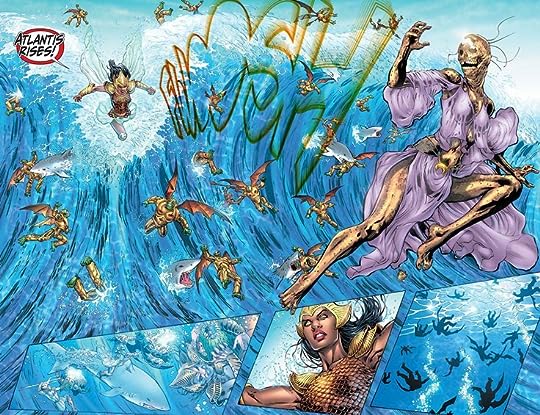 Oh, hell yeah! Best part of the whole book! My liver-spotted hand made a fist, and I pumped it in the air when she popped outta the water like a banshee!
Suck it, Aquafamily haters!
*does awkward shimmy, throws back out, hobbles off stage*

OK, ok. Back to the story.
When Red Tornado & this dark version of Superman finally meet up, she tries to talk some sense into Clark, and it works. Sort of. 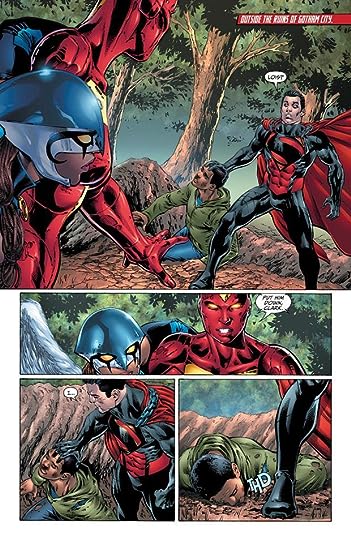 Lois is desperately trying to figure out what the hell happened, or if this thing is even actually her husband.
After a trip to Smallville backfires spectacularly, Val is left with no choice but to face him head on. 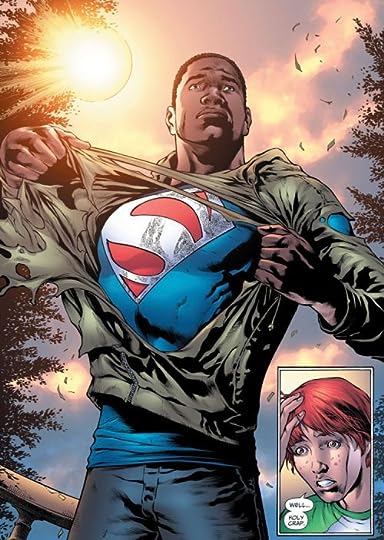 Except..STILL A PACIFIST!
Again, not entirely helpful. right?
Well, it seems if you stand still and let someone beat themselves against you till they crumble to dust, it doesn’t count as violence.
Huh.
Whatever works! 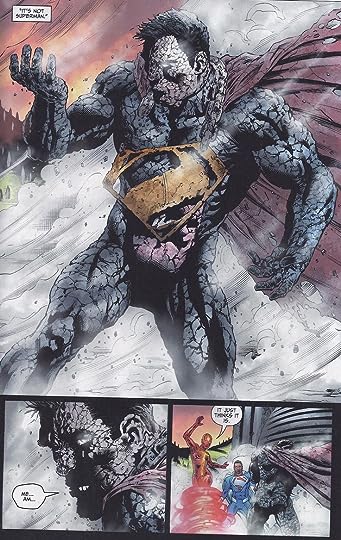 Nice little reference to Bizaro Superman in this, by the way.
I was impressed with this entire storyline, and I’m excited to see what happens next. There is a next, right?
Someone please tell me there’s more!
Because I’m obviously too lazy to Google the answer to that…

Even if you didn’t care for this one when it first came out, I’d still say these last few volumes are cool enough to warrant you giving it another shot.