Guardians of the Galaxy HC Vol 1 by Brian Michael Bendis 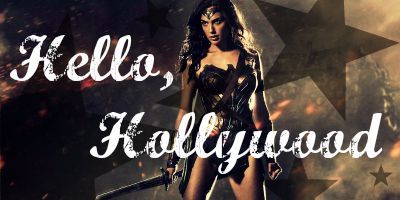 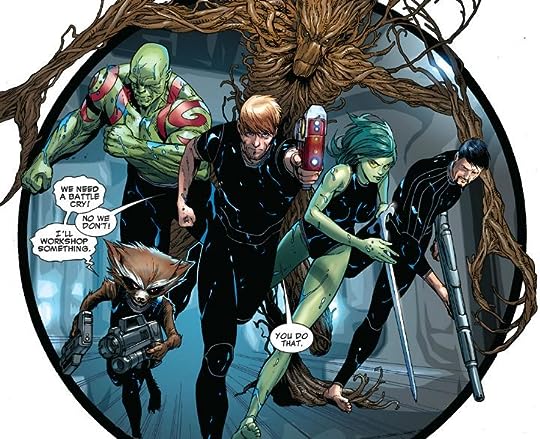 Cosmic comics typically aren’t my bag. I usually prefer my Sci-Fi to be of the live action variety. There have been a few exceptions. Remender’s Fear Agent, Marvel’s Annihilation, Hickman’s Fantastic Four and a few others over the years. I’m really happy to add Bendis’ Guardians of the Galaxy to that short list. I had low expectations for the film and was super-stoked that it ended up kicking ass. Pretty much the same can be said for this book. Bendis has been hit and miss, hard not to be when you’ve written nearly every character in the Marvel Universe. But, he nails the Guardians bunch. The first couple of issues hooked me quick. Bendis is clearly aiming for fans of the film and that’s a good thing. Rocket and Groot do their thing and continue to be my favorites of the crew. How can you not help but fall in love with a crotch-grabbin’, shit talkin’, man-murderin’, genetically altered, space raccoon?

I thought the addition of Tony Stark to the mix was unnecessary at first glance and more of a publicity stunt, but Iron Man actually worked for me here. The Gamora angle was well played and his back and forth with Rocket was spot on. Seeing him interact with someone besides Thor or Cap was actually kind of refreshing. 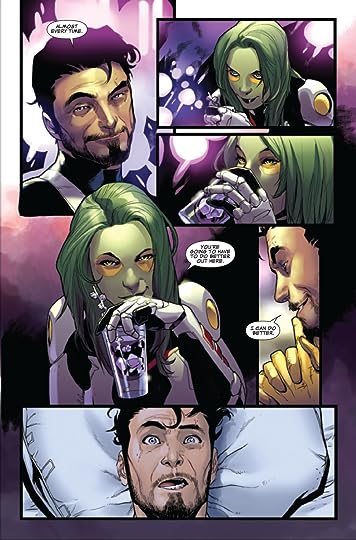 The later issues focus on the introduction of Angela. They were alright. Never really that into her as a character, even when she was originally introduced in the 90’s comic juggernaut, Spawn. But even this weaker section of the book was entertaining and I’m in to see where this is going.

I loved the art earlier in the book. Steve McNiven and Sara Pichelli nailed it. Their shit POPS. I really wish they’d continued on with the series. Francesco Francavilla took over for about the final third of this collection and I wasn’t as happy with his work. I love Francesco’s Batman, Hawkeye, and other “street-level hero” stuff he’s done. Not sure sci-fi is really his calling. Not horrible mind you, just not as good at the first couple of issues. A few other artist provide a couple of 3 or 4 page shorts focusing on the individual characters that are something of a mixed bag ranging from ok to pretty good. The Gamora/Angela story was pretty bangin with some sweet art. 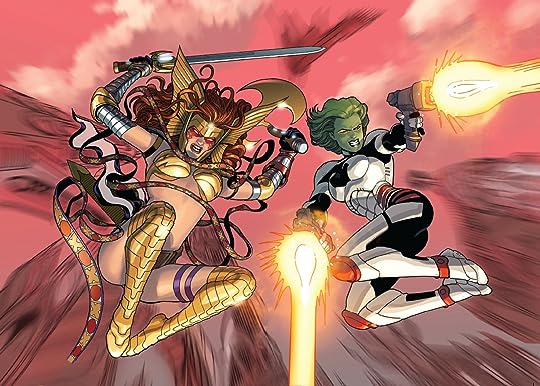 Overall, I don’t think fans of the film or other Guardian’s stuff will be disappointed. Bendis writes the shit out of the dialogue in this one and is dead on with the characterizations. Easy recommend to the average comic reader whether you’re an old head fan or comic noob. It’s just a fun little read. I’ll be picking up Vol. 2. 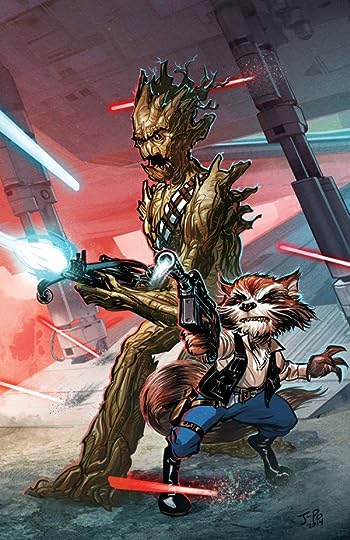 This picture’s not from the book, but I couldn’t help myself. It’s so fuckin’ bad ass.