WHAT DAFUQ? I picked up Deathstroke Vol 1: Gods of War and was magically transported back to a time in the early 90’s when Rob Liefeld and the rest of the “then” Image gang were cranking out less than mediocre comics by the but-ton, raking in the cash for bullshit foil covers, and crapping all over comic fans everywhere with their story-less, “action” heavy titles. 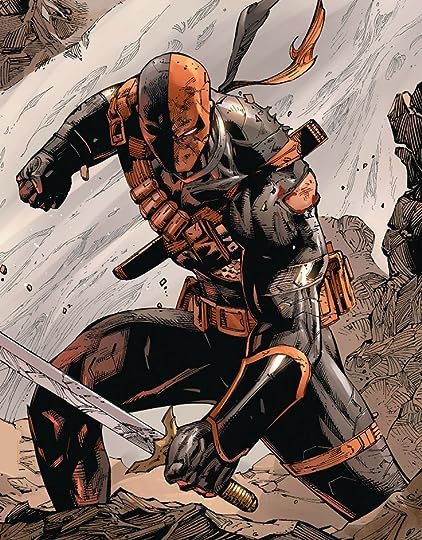 What a disappointment. I SO wanted to like this one too. I love Slade. DC just keeps giving him the shit end of the stick by not finding the right team for this title. I really don’t understand what Tony Daniel was doing here. And I read this book twice. I would write more about the story if I actually understood it. It was like Tony was a tubby kid let loose in a Jelly Belly factory binging on everything within arm’s reach and just went bat-shit crazy on a sugar-high trying to cram too much stuff into the first six issues. I NEED a little more foreplay, Tony. I really don’t think he could’ve possibly squeezed in any more guest appearances with this book. Bronze Tiger, Lady Shiva, Harley Quinn, Batman, Jericho, Ravager, Red-Fury (who???), Grandad Wilson, Possum (who???), Victor Ruiz, Kanye West, Prince Charles, and the entire cast of Duck Dynasty all dropped by within the first 6 issues. This just added to my utter confusion with what Tony’s getting at in this title. And exactly what’s going on in Slade’s briefs. 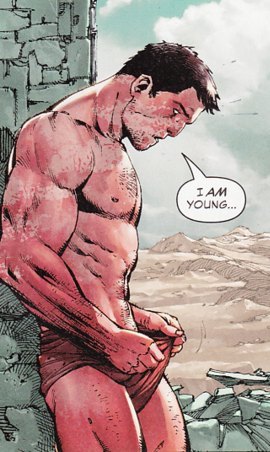 I’m sure the pitch to the DC editors sounded kick-ass. Slade from Arrow, check. Sex, check. Automatic weapons, check. Mysterious villains, check. Harley Quinn, check. Batman, check. Logical story….uhhh, it’ll come to me. It certainly had the makings and just didn’t seem to be executed so well. Maybe it will be explained in the next collection, but I don’t think I’ll be hanging around for it. 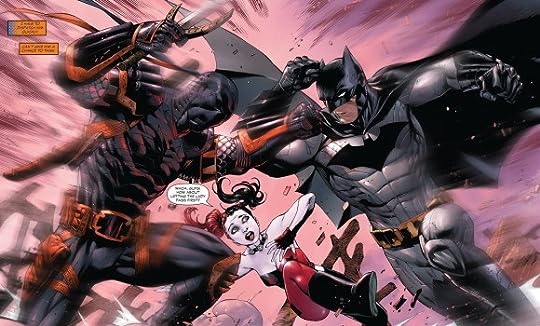 But I have to give Tony some credit, the art was pretty tight. Tony draws cool characters. He’s like Marc Silvestri and Jim Lee’s love child. Couple minor gripes about magical pockets (where the fuck did those guns come from) or swords changing from panel to panel, but nothing that I couldn’t get around based on the overall coolness of the work. Now if they would just get a writer that didn’t leave me baffled to hook up with Tony, I’d be picking up this title again. 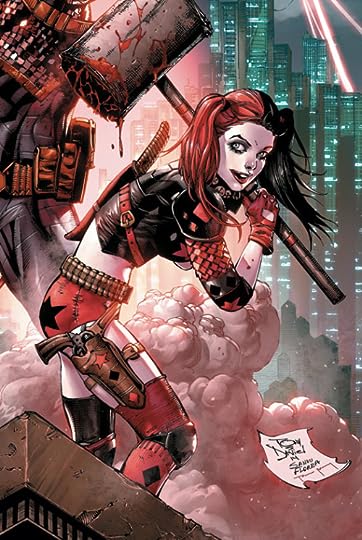