Injustice: Gods Among Us, Vol. 2 by Tom Taylor 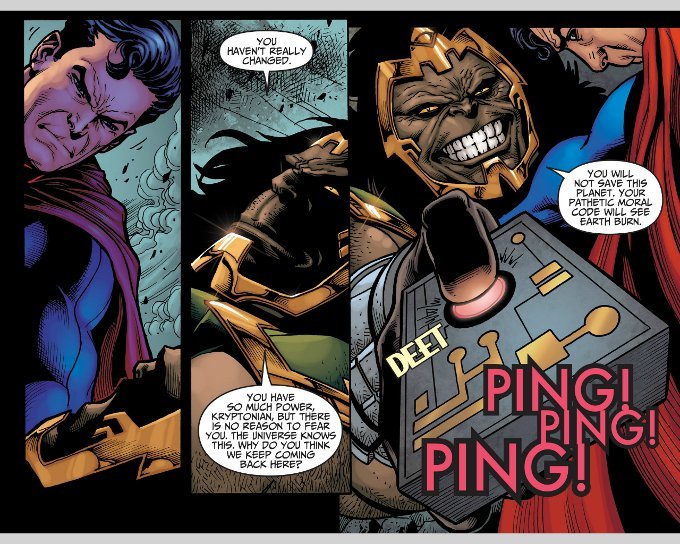 Continuing off from the first volume, Superman along with the Justice League continues to promote peace in the world, with the help from a truly unlikely source, Lex Luthor! Meanwhile, Batman continues to thwart Superman’s plans for world peace by instigating a spy into the Justice League and once this spy is revealed to the team, Superman starts making everything personal between him and Batman as he plans to reveal Batman’s true identity to the world!

Tom Taylor’s writing: Tom Taylor has once again created a fascinating and intense story about how the rivalry between Superman and Batman continues to escalate as both heroes are trying to figure out ways to protect the world from each other. I really liked the fact that Tom Taylor explored the tough choices that the heroes have to make in order to have a more peaceful world as you have some of the heroes siding with Superman on maintaining world peace while you have the other heroes siding with Batman to prevent Superman from going off the deep end. I enjoyed the scenes where the heroes from both sides of the rivalry were questioning both Batman and Superman’s motives for their plans as it made the characters really believable to me and it also had me thinking about whether or not Superman and Batman really had everyone’s best interests in their minds. Another great aspect of this series was the bantering between Harley Quinn, Green Arrow and Black Canary as I think that they were the funniest characters in this entire series so far and I loved the way that they all bring humor to this story, even though the majority of this story is pretty dark. 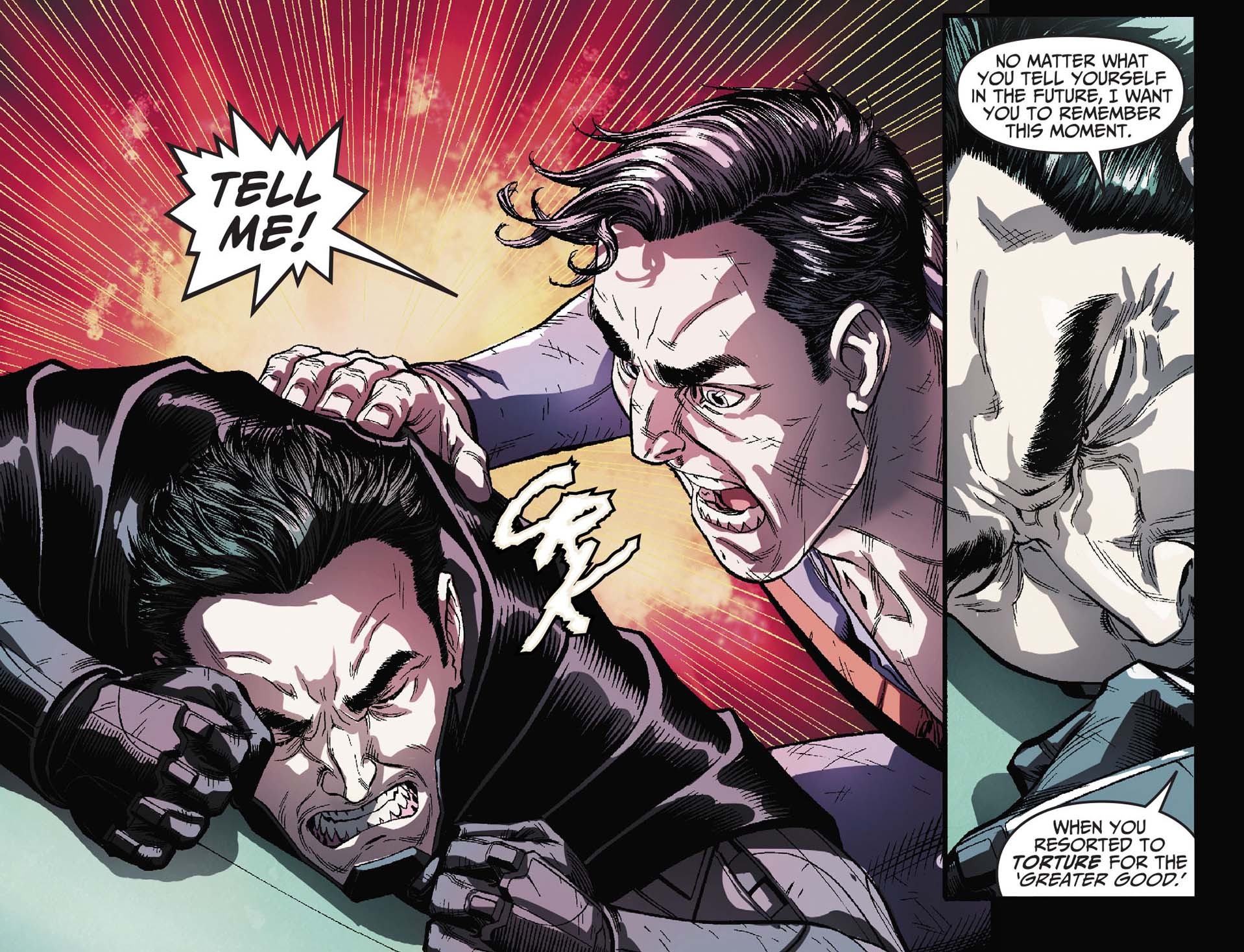 The reason why I gave this book a four star rating is because I still have hang ups about the whole “heroes vs. heroes” story lines that have been plaguing both DC and Marvel for years now. Even though I will admit that I am enjoying this story, especially since we get to see Superman’s more aggressive side, it still feels like another “Batman vs. Superman” story that I have read so many times over and I wished that something different would be done about that rivalry (I guess we will see in the next few volumes)!

Overall, “Injustice: Gods Among Us Volume Two” is another great volume that details Superman’s growing aggressiveness with his plans for world peace and I definitely cannot wait to see how this battle between Superman and the world will play out in later volumes!