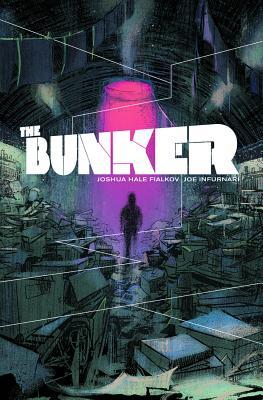 Five poorly drawn friends (Three men – one’s fat, one wears glasses, one is neither fat or wears glasses. Two women – One wears glasses the other one doesn’t) want to bury a time capsule in the woods. When they start digging, they find a bomb shelter from the FUTURE (as you read that, make echo-y sounds in your head)! The lid to the shelter has four out of five of their names. Inside the bunker they find letters that they have written to themselves, warning that if they continue on their current paths, they’ll kill most of the people on Earth. This is where the mind games begin. Key information gets withheld. Letters are hidden. Moral ambiguity rears its nasty head. The story bounces back between the past, present and FUTURE (echo-y).

One of the moral set pieces is pretty interesting, but the whole mish mash will leave you with a shallow reader headache from trying to keep all of this straight. The art is sketchy. Literally.

Not recommended FUTURE (echo-y) reading for anyone.